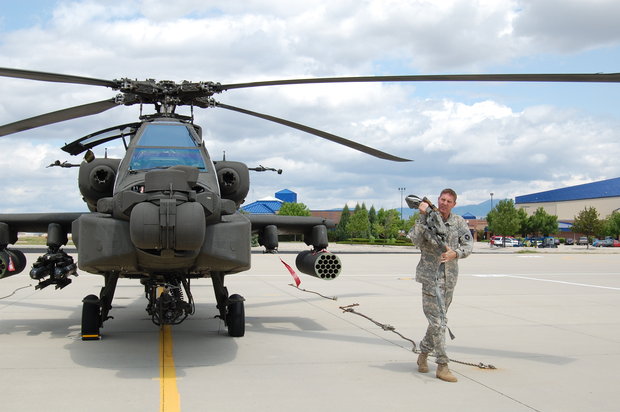 The Defense Department will investigate the crash of an Idaho Army National Guard helicopter during a training mission that killed both people aboard, a military spokesman says.

National Guard spokesman Col. Tim Marsano confirmed the deaths of the two male pilots but did not release any details on them pending notification of relatives. The Boeing Apache AH-64 combat helicopter crashed around 7 p.m. Thursday about two miles south of the National Guard base at Gowen Field near Boise International Airport, Marsano said. It wasn’t immediately clear whether the pilots were heading to or returning from a mission, he said.

Marsano said he didn’t know whether any communication was heard from the helicopter prior to the crash. There was no fire, he said.