Manufactured by North American Aviation aircraft company (the maker of the P-51 Mustang and B-25 Mitchell), the B-45 Tornado was an early American jet-powered bomber. It has the distinction of being the first operational jet bomber to enter service with the United States Air Force (USAF), as well as being the first multiengine jet bomber in the world to be refueled in midair. 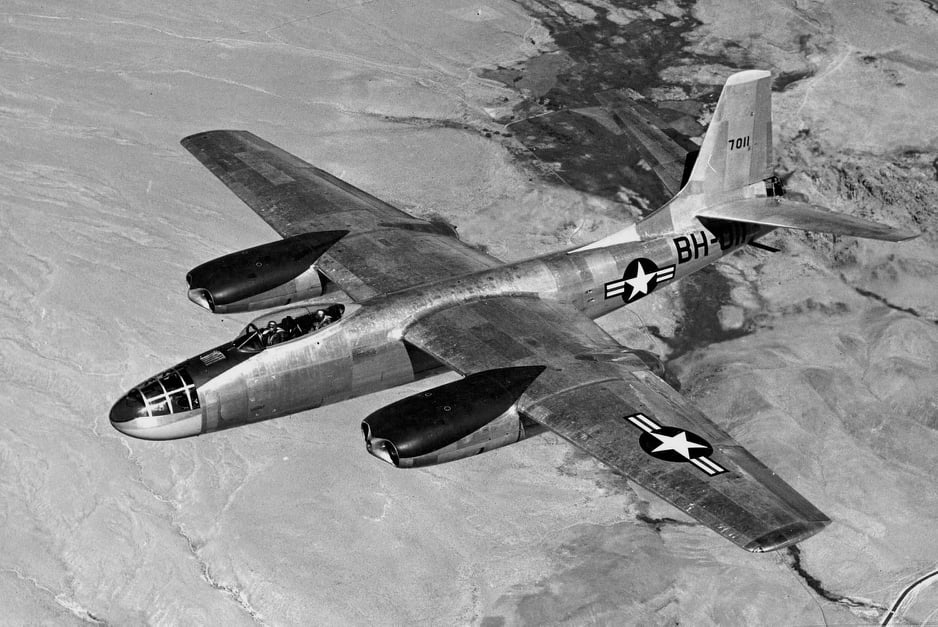 The B-45 originated from a wartime initiative launched by the U.S. War Department, which sought a company to develop a jet-propelled bomber to equal those being fielded by Nazi Germany, such as the Arado Ar 234. Following a competitive review of the submissions, the War Department issued a contract to North American to develop its NA-130 proposal; on 8 September 1944, work commenced on the assembly of three prototypes. However, progress on the program was delayed by post-war cutbacks in defense expenditure, but soon regained importance due to growing tensions between America and the Soviet Union. 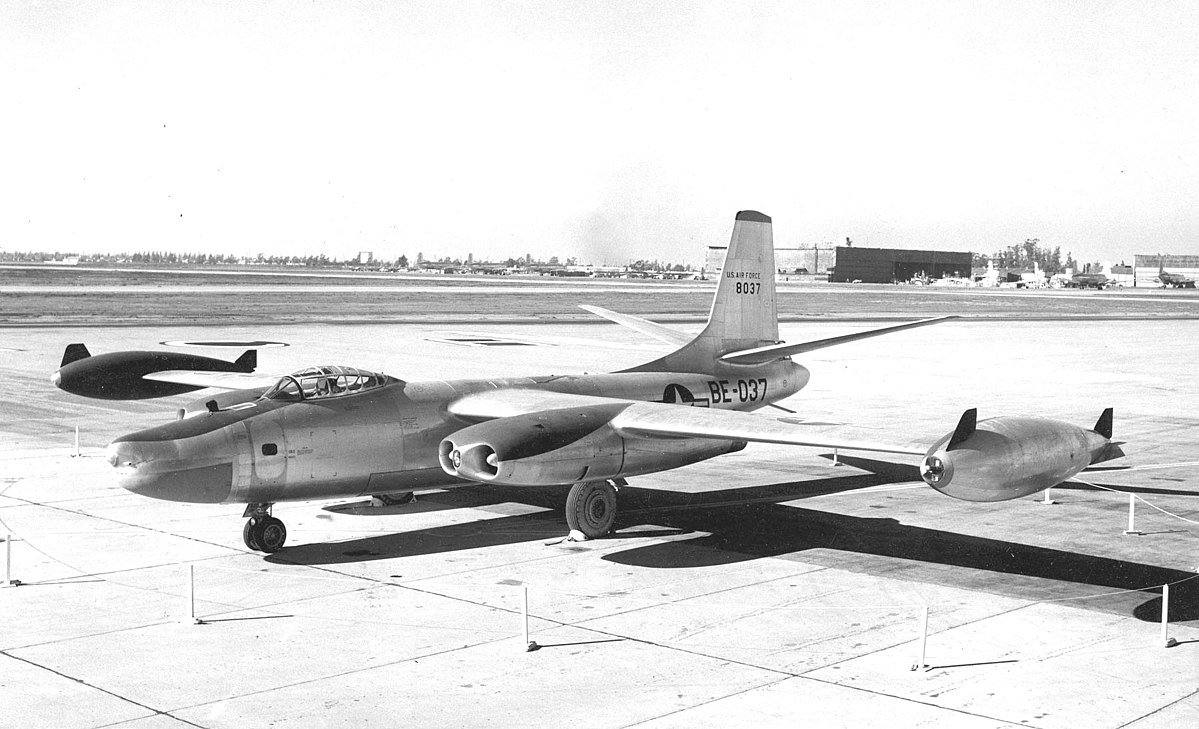 On 2 January 1947, North American was issued with a production contract for the bomber by the USAF, which had been designated B-45A. On 24 February 1947, the first prototype performed its maiden flight. Soon after its entry to service on 22 April 1948, early B-45 operations were troubled by technical problems, particularly low levels of engine reliability. The USAF found the type to be quite useful during the Korean War, it was used to perform both conventional bombing and aerial reconnaissance missions.

On 4 December 1950, the first successful interception of a jet bomber by a jet fighter occurred when a B-45 was shot down by a Soviet-built MiG-15 while inside Chinese airspace. During the early 1950s, a total of 40 B-45s were extensively modified so that they could be equipped with nuclear weapons; for this purpose, improvements were made to their defensive systems and the fuel tankage was expanded to increase the type’s survivability and range.

In its heyday, the B-45 become an important element of the United States’ defense strategy, performing the strategically-critical deterrence mission for several years during the early 1950s, after which time the Tornado was quickly superseded by the larger and more capable Boeing B-47 Stratojet.