On March 4, 2018, billionaire Paul Allen, the Microsoft co-founder and Seattle Seahawks owner, made another huge nautical find: the USS Lexington, which was lost at the Battle of Coral Sea 76 years ago. The fleet aircraft carrier, the first to be sunk by opposing carrier aircraft in World War II, was found near Australia in a remarkably well-preserved condition. 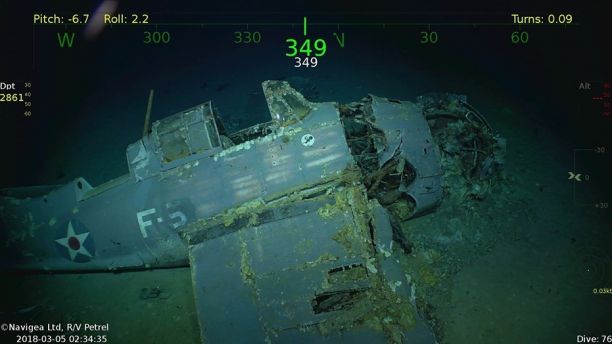 The expedition crew of Allen’s personal research ship R/V Petrel found the missing Lexington two miles below and about 500 miles off the eastern coast of Australia. 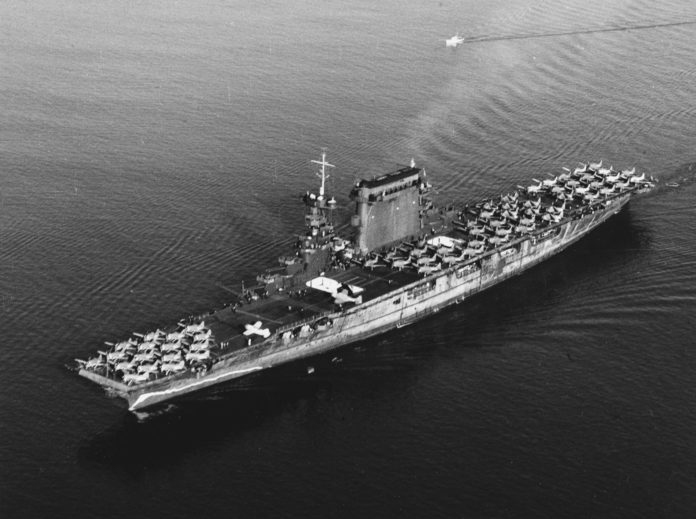 “To pay tribute to the USS Lexington and the brave men that served on her is an honor,” Paul Allen said. “As Americans, all of us owe a debt of gratitude to everyone who served and who continue to serve our country for their courage, persistence and sacrifice.” 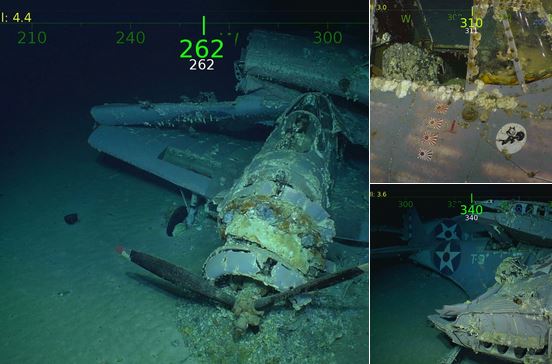 Wrecked Devastator and Wildcat on the USS Lexington shipwreck