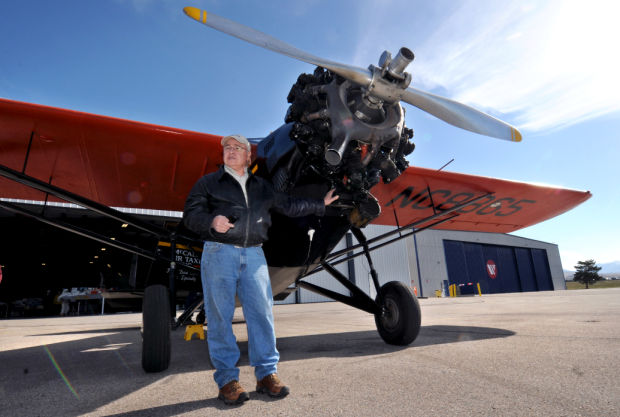 Once it was called the “Limousine of the Air,” the private plane of choice for the likes of Wallace Beery, whose acting career bridged the silent and sound movie era. But the Travel Air 6000 became the bread and butter of flying in these mountains of Montana and Idaho for Johnson Flying Service.

Now Missoula has one all for itself.

Morris Owen, 83, watched a version of his aviation life roll before his eyes Monday morning as volunteers carefully backed the black and orange, fabric-covered airplane into the hangar at the Museum of Mountain Flying at Missoula International Airport. One of five operable Travel Airs in existence, it was built the same year Owen was born – 1929. Six or seven years later, he took his first plane ride, in a barnstormer’s Travel Air in a stubble field outside of Geraldine.

“My dad bought me and a buddy a ride for a penny a pound,” Owen said. “I think it cost him 75 cents for me and a dollar-something for my buddy. Then, maybe 35 years later, I’m flying them.”

For the complete story in the Missoulian, click here.

Photo by Michael Gallacher, the Missoulian