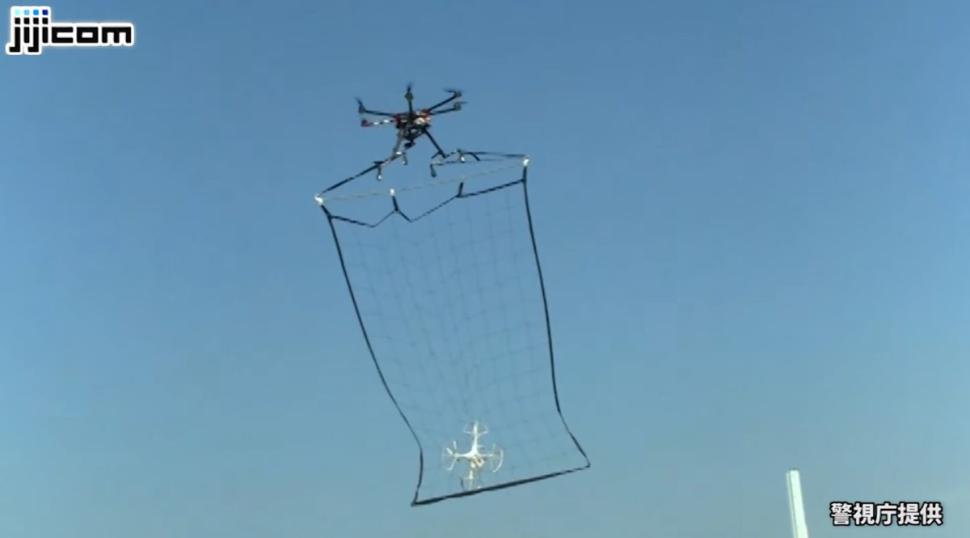 Tokyo police are taking to the skies for drone chases.

The Japanese city’s Metropolitan Police Department created drone squads on Thursday to enforce its ban against the flying devices, using a 10-foot by 6.5-foot net to catch them.

In a demonstration clip, the police drone zips through the sky and easily nets a small, white quadcopter trying to escape, then hovers down and releases it on the ground in front of the police pilot. The ban is enforced around Japan’s important locations, like the prime minister’s home and the Imperial Palace. The trial drone squad only has one copter flying, which took to the skies on Thursday, the Asahi Shimbun reported.

For the complete story by Alfred Ng of the New York Daily News, click here.