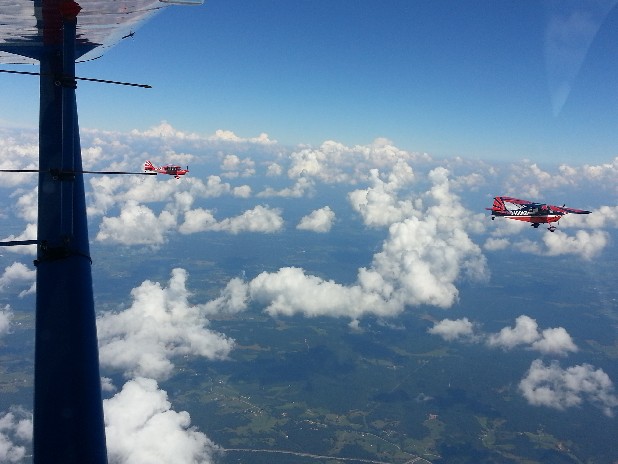 As the three Super Decathlon planes taxied wing-to-wing along the Lovell Field tarmac just outside the lobby of TAC Air in Chattanooga, Tenn., the crews of two massive Sikorsky Black Hawk helicopters were 100 yards away, prepping their aircrafts for refueling. A short while later, the eight U.S. Army crew members made their way toward the lobby and stopped to admire the single-wing, tail-wheel planes known for their acrobatic maneuvers.

“Those are cool,” one of the Black Hawk crew says.

The scene is somewhat repeated almost a week later in Oshkosh, Wis., where the Super Decathlons, built by Champion Aircraft Corp., and “crew” had traveled for the EAA AirVenture, an annual event that draws 10,000 airplanes and 500,000 flying enthusiasts. The event is one of the largest air shows in the world, and it draws aircraft of every type, era and usage from private to military craft. It’s a place where heads stay on a swivel and people are there to check out airplanes, but the Decathlons got more than their share of attention.

For video and the complete story by Barry Courter of the Chattanooga (Tenn.) Times Free Press, click here.