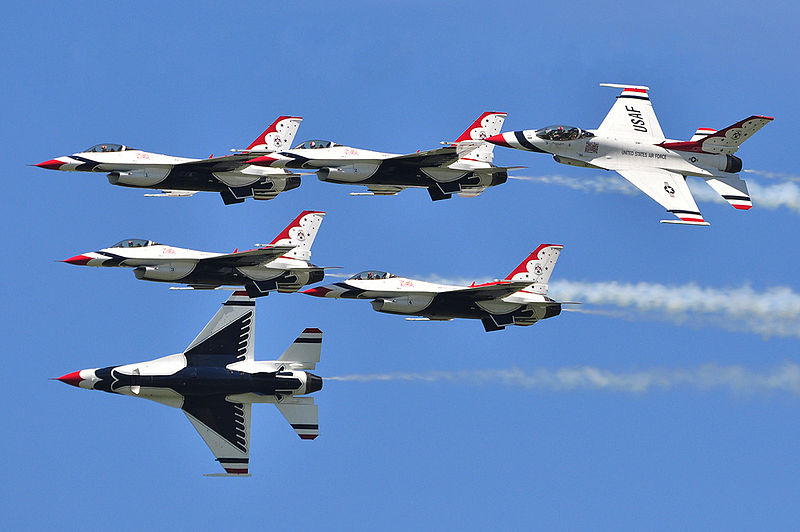 As the Air Force braces for potential sequester, leadership has cancelled all aviation support to public events for at least the remainder of the fiscal year and is standing down the Thunderbirds aerial demonstration team beginning April 1 to save flying hours to support readiness needs.

The Thunderbirds and Heritage Flight crews will complete their certification procedures for safely flying aerial demonstrations in case the budget allows resumption of scheduled events in 2013, but and the Air Force will cease participation in Heritage flights following certification.

The Air Force will reduce flying hours by as much as 18 percent — approximately 203,000 hours — and impacts will be felt across the service and directly affect operational and training missions.

Since all aerial support to public and military events is flown at no additional cost to the taxpayer using allotted training hours, the Air Force had no choice but to cancel support to these events.

“Engaging with the public is a core Air Force mission and communicating and connecting with the public is more important today than ever before. However, faced with deep budget cuts, we have no choice but to stop public aviation support,” said Brig. Gen. Les Kodlick, the director of Air Force Public Affairs. “The Air Force will reevaluate the program at the end of the fiscal year and look for ways to curtail the program without having to cancel aviation support altogether.”

The Air Force will continue to seek additional ways to remain engaged with the American public.