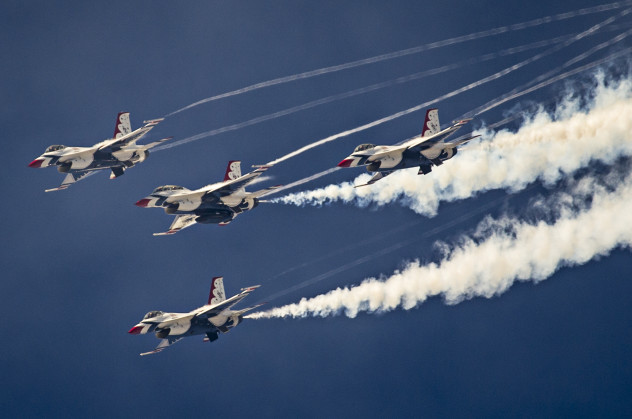 The U.S. Air Force Thunderbirds and the U.S. Navy Blue Angels have finalized their 2015 show schedules as the International Council of Air Shows met this week in Las Vegas.

The Thunderbirds will open their 62nd season Feb. 22 at the Daytona International Speedway in Florida. The team will perform at 39 locations and end the season Nov. 7-8 at Moody Air Force Base in Georgia. Prior to the official season, the Thunderbirds will make their first public flyover of 2015 at Super Bowl XLIX in Phoenix on Feb. 1. The Blue Angels are scheduled to fly in 65 demonstrations at 35 locations next year, starting March 14 in El Centro, California, with a show added in Rochester, New York, May 23-24. The team’s last show will be Nov. 7 in Pensacola.