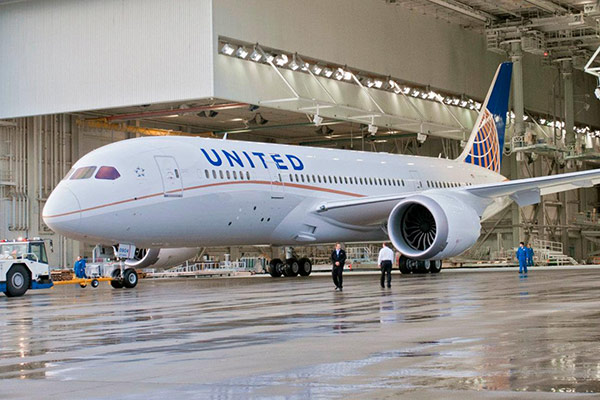 A United Airlines Boeing 787 Dreamliner was diverted due to a mechanical problem, the third such incident for Dreamliners in six days. United Flight 94 was on its way to Denver early Sunday when it was forced to fly back to the Houston airport where the flight had originated, United Airlines said.

The cause: an issue with the brake indicator. The plane landed without incident and with no passenger injuries, said Boeing, which makes the Dreamliner. On Tuesday, another United Airlines Dreamliner flight made an unscheduled landing. That flight was on its way from Denver to Tokyo, when it was diverted to Seattle because of an indicated problem with its oil filter.

On Thursday, a third United 787 flight was diverted to Newark’s Liberty International Airport in New Jersey, United said, due to a “low oil indication.” That Dreamliner — which was en route from London to Houston, also landed safely.

For the complete story by Dave Alsup and AnneClaire Stapleton of CNN, click here.