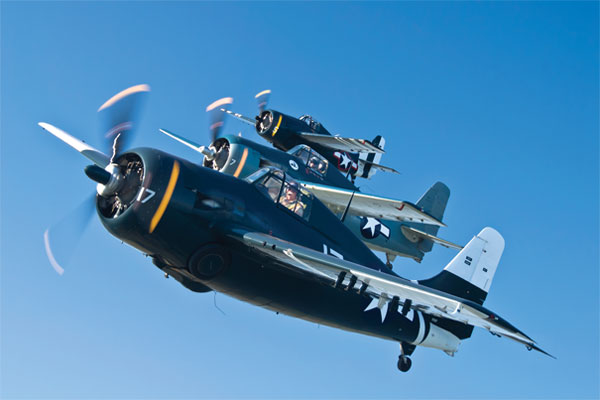 If you’ve never heard of the Grumman XF4F-8 Wildcat, don’t worry. Hardly anyone has. But it led to one of the most unappreciated fighters in history.

In late 1943, with Grumman committed to building F6F Hellcats, the Navy sought another source of Wildcats and Avengers. The answer was General Motors, with large plants lying idle due to wartime automobile restrictions. The corporation’s aviation branch was Eastern Aircraft Division, which built Wildcats at Linden, New Jersey, and TBM Avengers at Trenton. After learning the trade from assembling Grumman parts, Eastern kicked into gear and began producing FM-1 Wildcats, nearly identical to F4F-4s. GM delivered 1,200 FM-1s from September 1942 through 1943.

However, fleet aviators were not entirely happy with their fighter. The dash four Wildcat grossed nearly a half ton more than the dash three, with no increase in power. And the six-gun armament reduced the amount of ammunition.

Meanwhile, Grumman had not given up on the Wildcat. After the limited-production F4F-7 photo plane, Bethpage’s engineers reckoned they could design a “wilder Wildcat.” The result was the XF4F-8 delivered late 1942, which entered production as the Eastern FM-2.