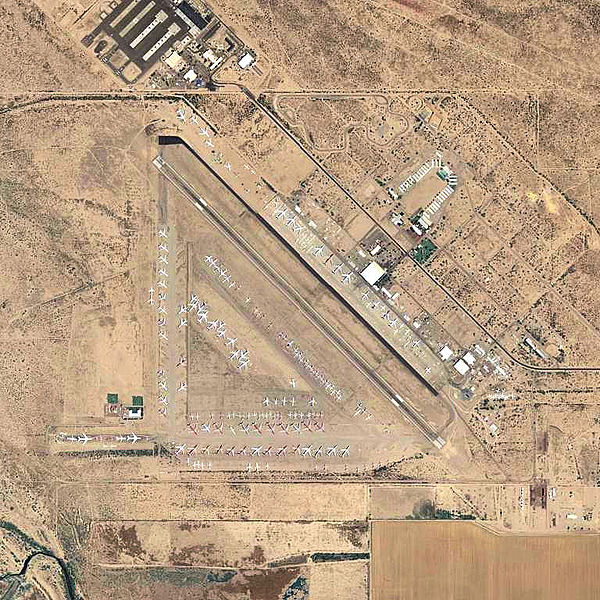 Nope, this post isn’t about those women on TV airing their talk show from some remote location in the Caribbean. It’s about brand new Boeing 747s awaiting delivery at Pinal Airpark down in the southern part of Arizona. As many airliner buffs already know, Boeing simply doesn’t have room at any of its Puget Sound facilities to park all those four-engined behemoths it builds in Everett, Wash. Pinal is where some of them go before their new owners commit them to service.

The desert airport is a former U.S. Army field and located not far from a place well-known to warbird fans; that’s right, Davis-Monthan AFB, home to “The Boneyard” officially known as the  309th Aerospace Maintenance and Regeneration Group (AMARG, for short). One thing that fascinates me about Pinal, though, is the 747s Boeing parks there are essentially unfired-in-the-box, as my dad (yep, a gun guy) would’ve said; in other words, many haven’t carried their first revenue load.

I’ve wondered how cool it would be to stroll around that place, but two things prevent that from happening: one, although it’s a public airport, the jets in question are private property and are no doubt fenced and guarded, and two, I’m in Texas. That’s a far piece to drive just to see some airplanes, even for me!

So, if any of you happen to be in the neighborhood, please do indulge me and safely (and legally) snap some shots, OK? I’d like to see ’em and I’m sure the rest of our readers here wouldn’t mind. While I can’t pay you, I can almost certainly guarantee a blog post on the subject and I’ll give you proper credit.