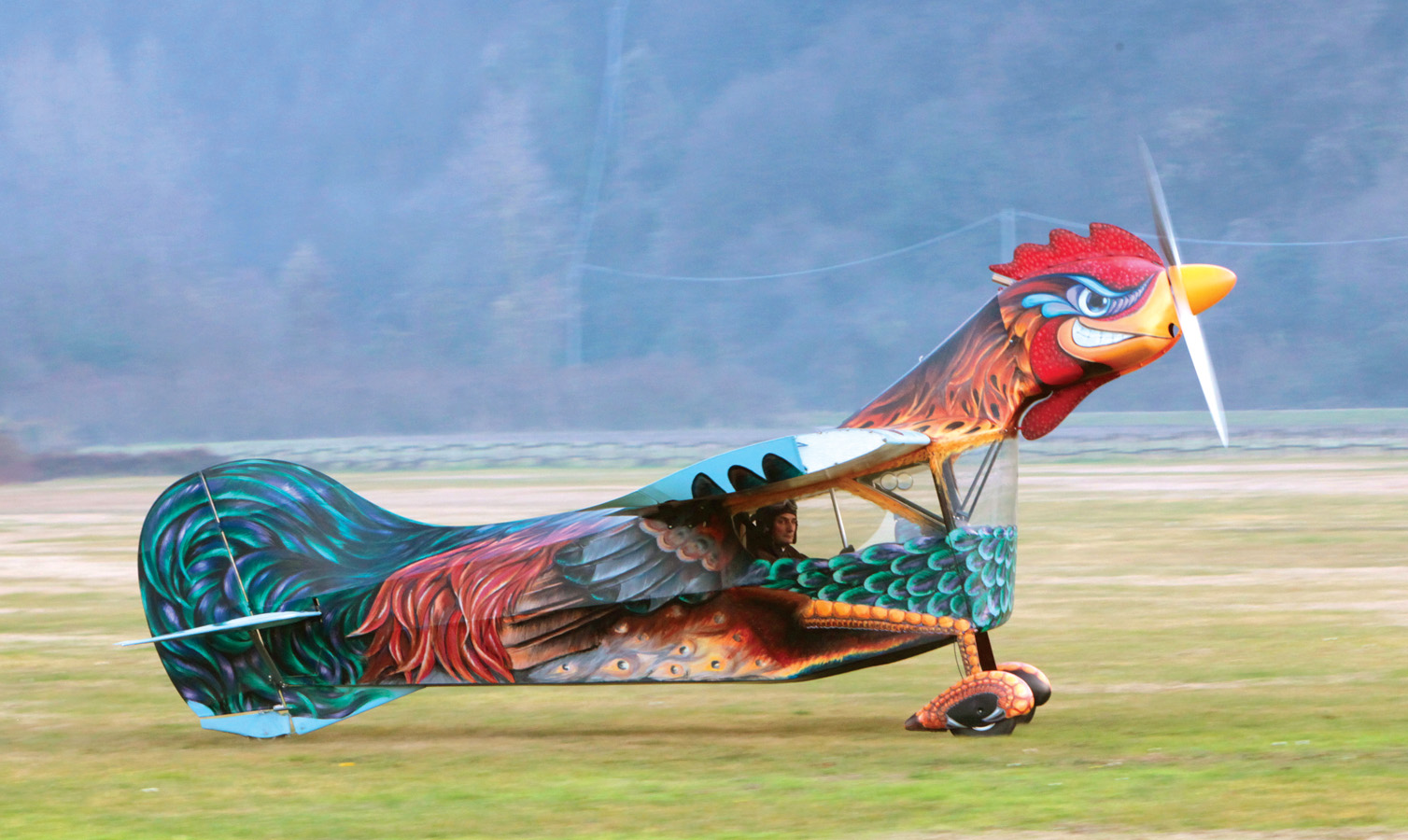 You need a sense of humor to survive these days, a fact that hasn’t escaped Italian aircraft designer and builder Ottone Baggio-his recently completed Rooster flow for the first time on December 26th, 2011. “The Rooster has flown!” crowed the crowd at Nervesa della Battaglia airfield, near Treviso in northeast Italy that day.

Ottone’s Rooster was first hatched on a napkin during a barroom challenge, probably fueled by adult beverages, about four years ago.  The design and construction of the Rooster is 100 percent original, wooden wings, steel tube fuselage covered in fabric, large vertical tail, and, strangest of all, the Rooster neck and head protruding from in-front from the leading edge and carrying the 100-horsepower Rotax 912 engine.  The paint job, a huge aerial work of art from an amazing pallet of colors, is befitting for a proud rooster.  The control system fits the weirdness of the entire concept because the control stick comes down from the cockpit (perfectly named, incase) roof: you push forward to go up and pull back to go down.  On the initial test flight, the flaperons on the inboard two-thirds of the trailing edge of the wings proved less than satisfactory and test pilot, Daniele Beltrane, was glad to get the Rooster back in the coop where it is undergoing significant modifications.  Or it’s molting.  We’re not sure which.

Perhaps this will start a trend with Italian aircraft homebuilders-the Ostrich, and then the Dodo, followed by the Penguin. They could all gather with the Rooster at an Italian fly-in – sorry flock in! If they can learn to fly, that is. – Geoff Jones