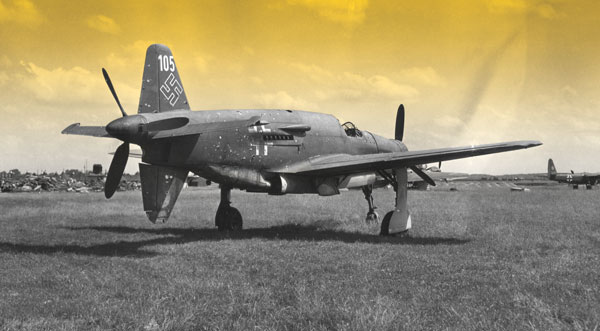 Disarming and Digesting the Luftwaffe. The gathering of German aviation technology by the United States in the final days of World War II was not a happenstance. As early as October 1944, the AAF created the Air Disarmament Division in England with a two-fold mission: collect examples of German technology, and scrap everything else that lacked a civilian purpose to prevent further use. The rapid wholesale destruction of the Luftwaffe was in some respects more symbolic than strategic; how could a defeated Germany possibly resurrect itself with weapons that just recently lost a war in an age when new technologies rapidly outmoded the operational aircraft of 1945?

A Plan is Critical
The first AAF interest in German aviation equipment was seizing technologies and equipment for study. As the magnitude of Luftwaffe equipment became apparent, the second role of air disarmament—the destruction of the bulk of the Luftwaffe—became manifest. While still in England, Air Disarmament teams studied German history, language, and the psychology of the German people. Subject-matter experts in armaments and ordnance, radio and radar, and other specialties were groomed for the teams. Special catalogs were created explaining German nomenclature. From its earliest stages, the air disarmament plan even included the study of booby traps, just in case.

The teams had a Target Section, meaning places of interest like factories, airfields and warehouses. Useful information on target sites came from British sources as well as from German prisoners, some of whom proved willing to discuss specific locations. By March 1st, 1945, 1,500 targets had been identified for inspection. But the orderly listing of known targets had to adapt to a quick and unexpected surge northward by the Army in March, placing temporary American control over regions that already were earmarked for eventual Soviet occupation.