Flight Journal
From the Magazine
2 Comments 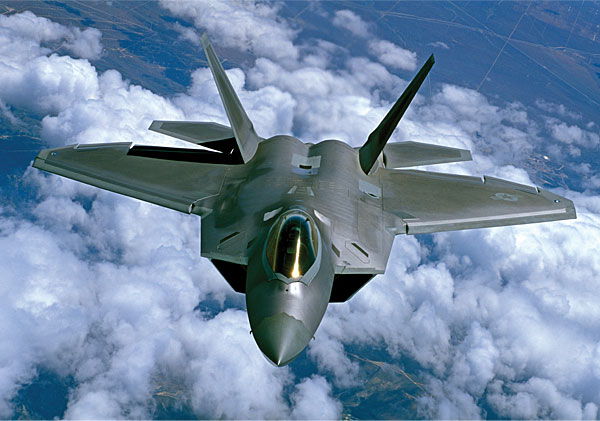 Unprecedented cost blowouts, schedule delays, and serious questions about performance and capabilities in the F-35 Joint Strike Fighter program have produced some very intensive public argument in recent times about the merits of stealth and other advanced fighter technologies. While most of the problems in the JSF program are specific to that aircraft alone, the public debate has been much less discriminating, with a defacto alliance formed between long established ideological opponents of stealth, and vendors of non-stealthy aircraft. This debate has been further muddied by JSF advocates more than often overstating the merits of their design. A number of interesting arguments have emerged in this debate. These include:
■  Are we paying too much for too little an increase in operational advantage?
■  Are any of these super-advanced designs even necessary in today’s world?
■  Are we likely to see traditional air combat in the future?
■  What, if any nations, might the Western alliance confront which would justify the deployment of advanced fighter designs?

Give these questions, would it not make more sense to produce and deploy large numbers of less expensive aircraft such as advanced F-15 and Flanker derivatives?
Distilling these questions and supporting arguments down really yields one underpinning and fundamental question which is, “Do we really need stealth?” and in turn, “If yes, then how many stealth fighters do we really need, and why?”
Inevitably, in a period of rampant government debt induced budget cutting across the OECD nations, the argument is centred in two related questions, which are “What is the best value?” and “Is there a need?” The first argument is fundamentally predicated on the second argument, as return on investment is dependent on the usefulness of the investment in the first place.

Do we really need stealth to defeat air defenses?
The argument as to whether stealth is needed was a “non-argument” two decades ago—the prospect of NATO nations losing hundreds or thousands of combat aircraft in a fight-to-the-death late Cold War confrontation with the Soviet Bloc was convincing to almost any observer.
Two decades of police action conflicts and counter-insurgency campaigns against rural insurgents armed with homemade bombs and AKMs have largely changed public and media perceptions of modern wars. In the 1991 Desert Storm campaign, the massive and dense Iraqi Integrated Air Defence System (IADS) collapsed in days, in 1996 the Yugoslav IADS in Bosnia offered little resistance, and in the 1999 Operation Allied Force the same IADS proved no less ineffective. Iraq’s air defences collapsed in hours in the 2003 Iraqi Freedom campaign, and Libya’s IADS performed no better in the 2011 Odyssey Dawn campaign. While the F-117A was used heavily in 1991 and 1999, and the B-2A modestly in 1999, 2003 and 2011, most of the bombs dropped were delivered by conventional aircraft.
If IADS are indeed so susceptible to conventional air attacks, then the inference many have drawn is that stealth aircraft are not of high value in combat.
The problem with this argument is that IADS are not all the same. All of the IADS that were defeated since 1991 shared one fundamental but critical feature. Every single one was built up using legacy export grade Soviet-era systems, most of which were completely compromised with the fall of the Warsaw Pact and further so when NATO absorbed most of the Warsaw Pact nations. There is very little technical detail in the Soviet radars and missile systems of that era which is not public knowledge at this time, allowing the development of very effective electronic countermeasures and tactics.
Age aside, legacy Soviet IADS were analogue, very manpower and training intensive to operate, while also being highly maintenance intensive. Most of these systems were designed around static operation, rather than mobile operations, making them easy to locate and attack.
Is there a missed lesson from the air campaigns of the last two decades?
The answer is yes, and actually two lessons have been abjectly ignored in most Western nations.
The first lesson is that even a geriatric Soviet IADS, totally electronically compromised, can survive a concerted and sustained air attack over a period of many weeks, if competently operated by smart and well-trained personnel. The latter is what distinguished the Serbian IADS from all others since 1991. No less than 743 AGM-88 HARM anti-radiation missile rounds, were launched by NATO EA-6B Prowlers, F-16CJ Weasels and Tornado ECRs. While around 70 percent of Serbia’s static missile batteries were destroyed, only 14 percent of Serbia’s mobile 9M9 Kvadrat / SA-6 Gainful SAM systems were killed. Movement, concealment, decoys and deception worked very effectively, as a result of which nearly 40 percent of NATO’s fighter force deployed were HARM shooters dedicated to IADS defeat.
This lesson was well understood in the East. Since 1999, Russian and Chinese manufacturers of IADS components have invested heavily in improving mobility, and providing missile batteries with active and electronic defences. Contemporary Russian and Chinese digital IADS radars and missile batteries are now built around a five- minute “shoot-and-scoot” model, equipped with jamming equipment and decoys, and typically covered by short range missile and gun systems built to shoot down HARM missiles and smart bombs. Low Probability of Intercept (LPI) radar technology is also now emerging outside the West, making radar emissions very difficult to detect. If the 1960s and 1970s Soviet IADS in Serbia were hard to kill, modern Russian and Chinese IADS are extremely hard to kill.
Current Western thinking on IADS defeat remains mired in the “silver bullet” model, whereby top tier stealth aircraft like the F-22A and B-2A are intended to “carve corridors” through a hostile IADS for non-stealthy conventional aircraft to operate in. This model will continue to work against legacy Soviet-era IADS, of which very few remain, but will be ineffective against a contemporary Russian or Chinese-supplied IADS.
There is no room for argument in this matter, despite what Western manufacturers might claim. Russia and China have adapted their IADS technology to defeat the “silver bullet” model. In 1999, no less than 389 HARMs were fired to kill three SA-6B Gainful SAM systems—an average of 129.6 HARMs per killed target. The number would be very much higher for an advanced S-300PMU2 Favorit, S-400 Triumf or HQ-9/FD-2000 battery.
Modern IADS may thus survive concerted air attacks for months or longer, and tactically the only viable option is to bypass them, using stealth aircraft. This is what the U.S. DoD now describes as an Anti-Access/Area Denial (A2/AD) environment and is the pattern for the future. In a modern A2/AD environment, legacy non-stealthy fighters are no longer viable, period, and the “silver bullet” model is no longer effective.
Let us, however, for the sake of argument, consider how well a fleet of unstealthy, but otherwise “modern” legacy fighters like the F/A-18E/F Super Hornet, EA-18G Growler, F-15 Silent Eagle, Eurofighter Typhoon, Dassault Rafale and Su-35S “Super Flanker” perform against a contemporary Russian IADS. The outcome would be what eminent U.S. air warfare strategist Richard Hallion termed a “slow war of attrition”, which was the pattern of World War II, Korea and later Vietnam. Heavy losses in aircraft and aircrew, heavy expenditure of munitions, and slow if any effect.

Do we really need stealth in fighter vs. fighter combat?
The case against legacy unstealthy fighters in a modern A2/AD IADS environment is not open to informed dispute—although uninformed dispute will no doubt continue until a real air war proves this to even the most ideologically committed.
The debate about the usefulness of stealth against IADS has been paralleled by equally intensive public argument about the utility of stealth and supersonic cruise in air combat between fighters. Much of this debate reflects the reality that there has been very little “fighter vs. fighter” combat since the 1972 air battles over North Vietnam, and 1982 Israeli-Syrian conflict, as a result of which often dubious arguments have been difficult to refute by obvious counterexamples.
The principal fault line in the debate over aerial combat is the dividing line between Beyond Visual Range (BVR or long range) and Within Visual Range (WVR or short range) missile combat. This is much the same argument seen in 1960, won politically by the BVR camp, and proven to be the wrong argument in the skies of North Vietnam in 1965.
The public debate, played out in media briefings, legislative committee hearings, magazine and broadsheet editorials, blogs, and even YouTube postings, is split across several camps, mostly aligned around specific aircraft types, and intended to change public and media views of firstly the relative importance of BVR vs. WVR combat, and secondly, how to prevail in either, but seldom both. Mostly players in this debate aim to sow confusion, to argue to merits of aircraft with serious deficiencies in BVR, WVR or both regimes of combat.
This debate inevitably raises two basic questions: “Why BVR?” and “Is it possible to play a pure BVR or pure WVR game?”
To answer the first question, why most air forces want a BVR capability is no different to why most armies centuries ago wanted crossbows, then longbows and later muskets and artillery piece—thin out the enemy before they close to engage in close combat, and disrupt the enemy’s entry into close combat. If the enemy breaks off close combat, shoot him in the back before he can get away.
The second question is no less interesting. Virtually all “fighter on fighter” engagements historically have involved one of two fundamental engagement geometries:
Case A. The first is the “defensive barrier” where the fighters are placed in between some valuable (air/sea/land) asset and approaching enemy aircraft.
Case B. The second is the “offensive sweep” where players roam contested airspace, and then pick and choose something to kill.

See the full article in the October issue of Flight Journal