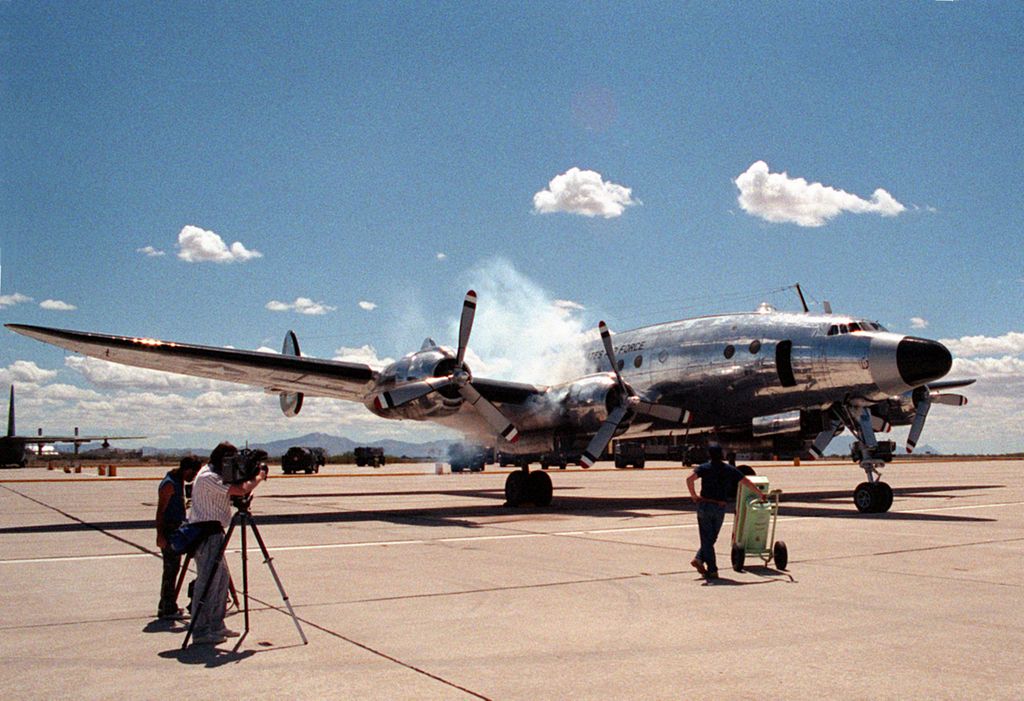 Recently, there was quite the buzz on the internet about the possible return to flight of President Dwight D. Eisenhower’s presidential transport, the Lockheed C-121A Constellation known to the world as “Columbine II.”

News reports stated that Dynamic Aviation, a global aeronautics solutions company based in Bridgewater, Va., is evaluating “Columbine II” with the hopes that they can return her to flying condition, and potentially tour the magnificent machine on the air show circuit. We at WarbirdsNews felt our readers would be very interested in learning more, so we contacted Dynamic Aviation to gather further details.

As it happens, Dynamic Aviation has already come to our attention several times over the past year or so. We have mentioned the company prominently in previous articles due to their donation of a former US Army RU-21A Ute to the 138th Aviation Company Memorial in Orlando, Fla. Dynamic Aviation, with more than 650 employees and 140 aircraft operating around the globe, has a significant presence in the aviation world, but their founder, Karl Stoltzfus, has a keen sense for aviation history too. As a demonstration of this commitment to the preservation of our aviation heritage, one only has to look at the Douglas C-47 known as “Miss Virginia,” which they restored and maintain in pristine flying condition at their base in Bridgewater.

For photos and the complete story by WarbirdsNews, click here.