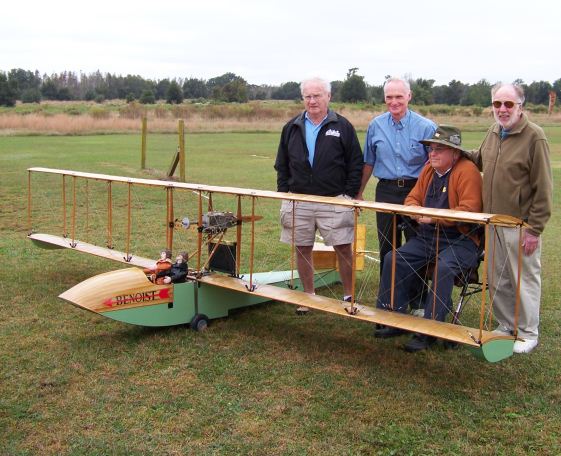 Bob Walker’s 15-foot-span giant-scale flying boat has taken to the air! This RC model was built to celebrate the 10oth anniversary of the first passenger carrying aircraft in the world (on January 1, 1914 the full-size Benoist flew a passenger from St. Petersburg to Tampa). Here’s a note from Bob:

HEY GUYS WE FLEW the BEN-WAH ! It was a very harried flight. Carl Bachhuber came down from Wisconsin and did the honors. He says I put a lot of grey hairs on his head. The pictures here are from Nick Ziroli. I’ve got some work to do so we can try it again. The first flight was all over the place and I don’t know how Carl got it down with a pullout the last second on its wheels.” Stay tuned for more news on this giant beast! To see photos and more details of the Benoist during its first test float, click here.