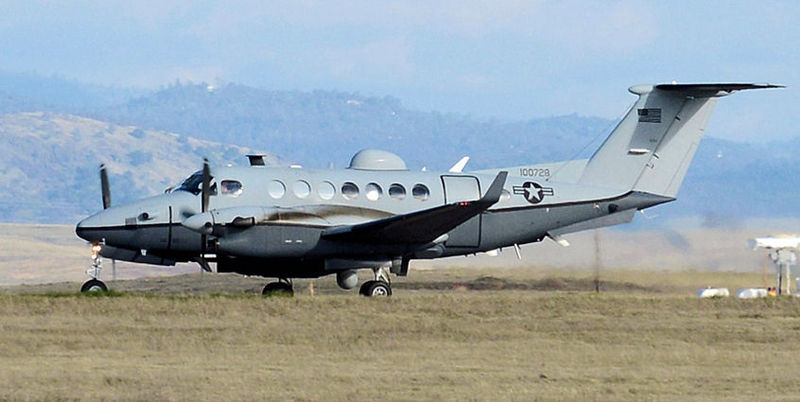 The twin-turboprop planes are modified versions of the Hawker Beechcraft Super King Air 350. Their crew of four includes a pair of pilots and a pair of backseat sensor operators, who funnel video to ground-pounders down below. The fleet has played a key role in the killing or capture of more than 700 high-value insurgents in Afghanistan over the past four years, the Air Force says.

You might think that a mission aboard an unarmed propeller-driven plane, flying lazy orbits and trying to locate and video troublemakers far below, is a relatively simple task in skies filled with bomb-laden jet fighters and missile-firing helicopters. But you would be wrong.

For the complete story by Mark Thompson of Time, click here.