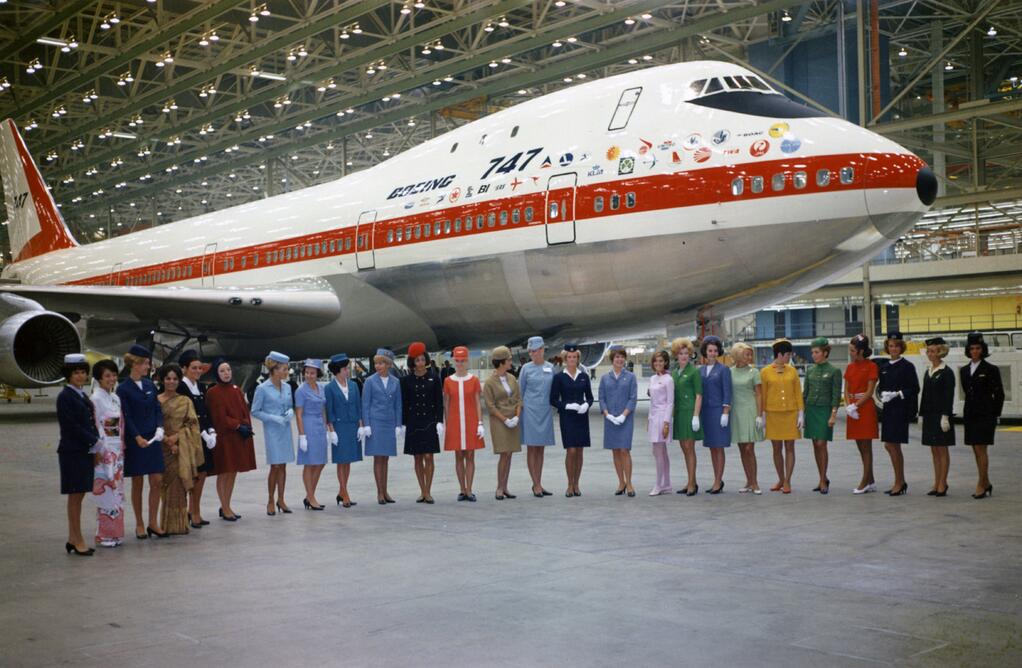 Over the next few days the world of aviation will meet in Singapore at the Changi exhibition center adjacent to the city’s international airport. For decades the airport has been dominated by the Boeing 747. It has been the intermediate stop for the kangaroo route and Singapore Airlines once was one of its most prominent operators.

With Jack Wadell and Brian Wygle at the controls, the aircraft took off for its first flight from Everett on Feb. 9, 1969, exactly 45 years ago today.

Back then, a new era in commercial air transport started. Never before was a civil aircraft built that came even close to its size. It revolutionized air travel because of its superior economics and size, although it needed many years to gain traction in the latter half of the 1970s and ‘80s onwards.

For the complete story by Jens Flottau of Aviation Week, click here.