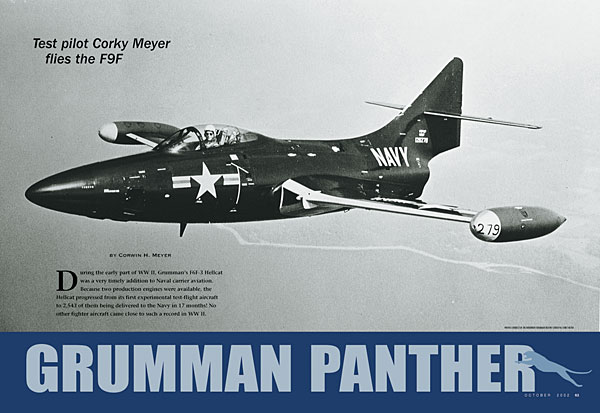 Sixty-seven years ago today, Flight Journal’s old friend and former Grumman test pilot Corwin H. (“Corky”) Meyer took off from the company’s 5,000 foot runaway at Bethpage, Long Island, New York, in the first prototype XF9F-2 Panther, Bu. No. 122475. In this article, he takes the reader along on some wild rides. Corky was world renown as a test pilot but his writings after retirement that detailed his many flying experiences added a whole new dimension to his legend. He was probably one of the most informative, but at the same time, entertaining aviation writers of his type.