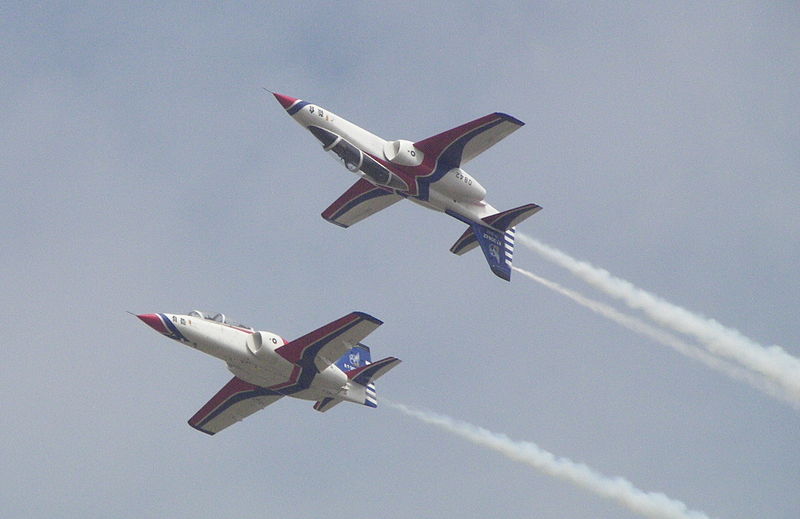 The Republic of China Air Force’s Thunder Tigers aerobatics team celebrated its 60th anniversary Saturday by putting on an aerial display for thousands of people at Tainan Air Force Base in southern Taiwan.

The base was opened to the public Saturday for the celebration of the anniversary and of Air Force Day, which falls officially on Aug. 14.

The team’s seven AIDC AT-3 jet trainers conducted a series of spectacular aerial stunts after soaring through the air in formation and creating multicolored smoke ribbons in the sky, thrilling the nearly 10,000 military fans in attendance. In addition to the air show, a variety of aircraft, helicopters and vehicles, including the F-16, IDF and Mirage 2000 jet fighters, were also on display at the base.

For the complete story by the Central News Agency via Focus Taiwan, click here.