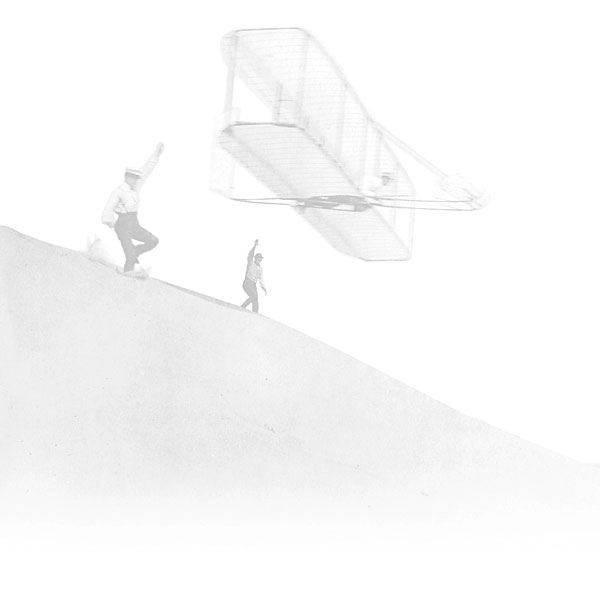 As editor-in-chief for 14 years and counting, Flight Journal has been more than a magazine to me. It is a portal through which pass the most interesting people with some of the most interesting stories in the world. I’m an airplane guy through and through, and I love the world these guys have helped create. Around one group of people I work with, however, I feel a little intimidated. They are the authors/historians who are the backbone of aviation history in general and this magazine in particular. Around the office, we refer to this group as “The Usual Suspects.” They are the ones who, in addition to the hundreds of submissions we get from readers, make Flight Journal happen.

The original reason for introducing you to the men behind the scenes is that Warren Bodie, one of our charter members, was in the hospital and not doing well. I wanted him to know how much we respected him for the lifetime of work he has given the world of aviation history. Unfortunately, his time has run out, and we just lost one of aviation history’s cornerstones. In the next issue, “Tailview” will examine the life of aviation historian Warren Bodie in detail.

You know Walter Boyne from his many appearances on television as the narrator or as one of the experts being interviewed on any one of many dozens of documentaries. A past director of the National Air and Space Museum, Boyne delved into history while still in the Air Force, when he was a cog in the nuclear wheel of our Cold War strike force piloting B-50s, B-47s and B-52s. From airman first class, he retired 23 years later as a bird colonel, and says, “I got into researching and writing history because too much of what I read was boring and repetitive. And I thought I could do better.” And he has, if you consider writing more than 50 books (both his fiction and nonfiction books were on The New York Times best-seller lists), earning every major journalistic award and being enshrined in the National Aviation Hall of Fame as “doing better.” He’s the guy the rest of us look up to.

Barrett Tillman, another av-history TV star, is one of the cast of journalistic characters we depend on to give us what we need when we need it. With his more than 30 nonfiction military history books and a dozen plus novels, when we request info, “Hey, we need a sidebar on the effectiveness of sushi as ordnance lubricant” (or something equally as obtuse), he’ll have it to us in minutes, along with some erudite wisecrack. Tillman’s career as a military author has garnered audiences and awards, but more important, it earned him the respect of those he writes about. Tillman is an honorary member of three Navy squadrons and the youngest ever to receive the Tailhook Lifetime Achievement Award.

Warren Thompson grew up in the South listening to his friends’ parents, who were Civil War vets, talking about that conflict. “After that,” he says, “I read everything I could find about the Civil War. This led me to getting a minor in American History in college. By that time, my interest was totally fixed on World War II, and from there it expanded to all military aviation.” Thompson has several dozen books to his credit, and in the 40 years of talking to veterans, he amassed a collection of more than 2,000 interviews with combat vets starting with WW II. He has made it his goal to capture history while “history” is still alive and talking.

Jim Busha is the kid of the group, and his goal has been similar to Thompson’s. Busha says, “My dad tells me that when I was 5 years old, I sat on top of our swing set and watched an airplane fly over. Trouble was, I kept my head moving backwards and fell off. A few stitches later, I was good as new, except for the airplane addiction. Growing up in Oshkosh, of course, had a lot to do with it. EAA came to town in 1970, and I have been to the party ever since. I always loved history, especially the WW II aerial stuff. I think of those pilots as my heroes. I bought my own mini warbird, an Aeronca L-3, and was introduced to the former CO of the Guinea Short Lines. I wanted to preserve his history, so I interviewed him, wrote a story and submitted it to Flight Journal in 1999. Interviewing veterans has become an obsession. I want to make sure that their stories will never be forgotten.”

Steve Pace is the quintessential aviation history writer, with 26 books and hundreds of articles to his name. He credits his start to standing in his backyard when six B-36s flew over. “No airplane on this planet made sounds like that,” he remembers. And he was hooked from that point on. After seven years in the Army, he launched his career with an article on the XB-70. That was 33 years ago, and the rest, as they say, is history.

The year was 1955, and 16-year-old Robert F. Dorr was about to have his first article published in Air Force magazine. Dorr bought his first typewriter with money from his paper route and immediately began to learn everything he could about aviation and put it on paper. In the half century since that first article was published, Dorr spent years in the diplomatic corps, serving around the world from Madagascar to Washington, and in the 1970s, he was Washington’s go-to guy on North Korea. Still he says, “My only real interests have been flying and writing.” The result is “about” 70 books, 10,000 magazine articles and 4,000 newspaper columns. His greatest experience? Watching Hickam and Oahu drop away from an F-15B Eagle; he has flown in 205 aircraft types. The numbers are overwhelming.

Tom Cleaver may have the earliest av-addiction in the bunch. “My mother says I was 9 months old, and a P-38 flew overhead. I pointed up, and ‘o-pane’ came out. I’ve had a thing about military aviation ever since. As far as aviation writing is concerned, I owe everything to the marvelous William Green, the man who pretty much invented modern aviation technical history, for first publishing my articles
in Air International and Air Enthusiast Quarterly 30 years ago. I grew up reading Bill’s books, and being his friend was one of my great joys.”

Stan Piet, whose name you’ll mostly see in photo credits, is our main vintage photo guy. He also writes, but his real specialty is researching and copying vintage photos, especially color, from archives, wherever they may be. Since color film wasn’t readily available until the late 1930s, the rarest of the rare are WW II photos, and Stan has amassed a huge collection. His main focus over the last 20 years, however, has been an effort to secure and preserve the history of the Glenn L. Martin Company. To that end, he, along with a few others, established a museum and archive built around that famous company.

Now you know the caliber of people behind the names you’ve seen so many times. Impressive, isn’t it? When it comes to aviation history, you can’t find a more capable crew of contributors than The Usual Suspects. They certainly make my job easier.