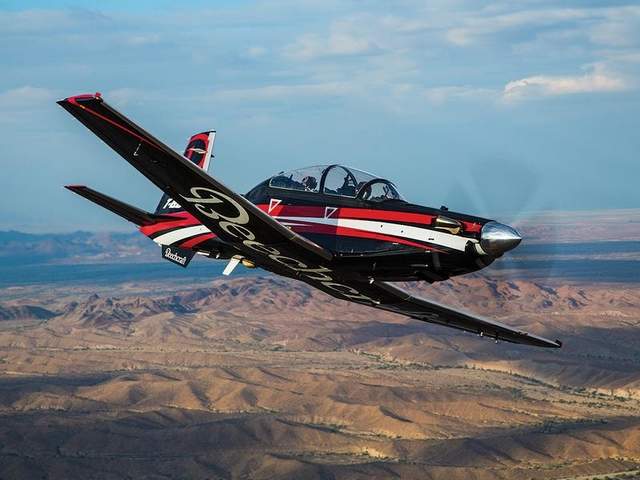 The next generation of British military pilots will be taught their basic flying skills on a Beechcraft T-6C trainer if a deal between Ascent Flight Training and an Israeli-US industry consortium known as Affinity conclude final negotiations.

Affinity and Ascent have already been in exclusive discussions for more than a year after rival bidders were ejected from the competition late last summer.

For the complete story by Andrew Chuter of DefenseNews.com, click here.