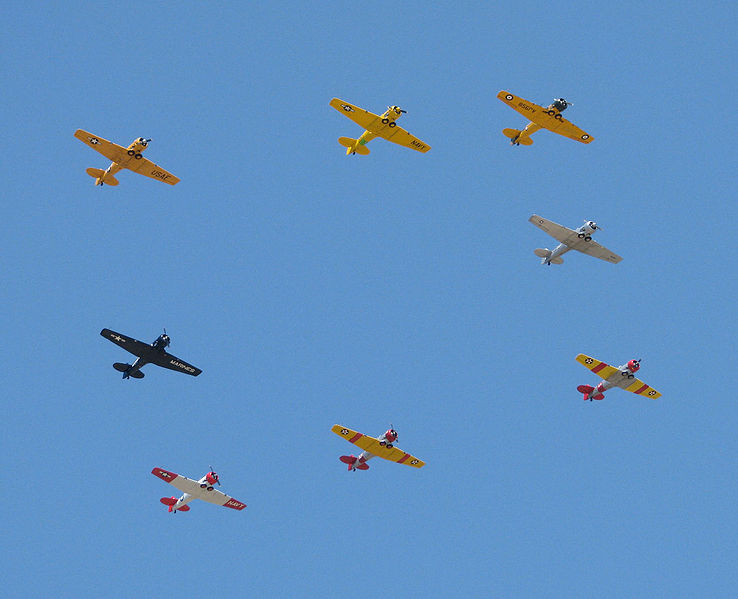 John Ockenfels sits poised in the cockpit of his vibrant yellow North American T-6 Texan airplane, the eyes of three fellow pilots glued to him. As he raises his hand, the engine of his slumbering 1940s warbird kicks to life.

The other pilots follow suit. A soft hiccup and a plume of white smoke flow from each of the four T-6 planes, first Ockenfels’ yellow craft, then a gray, another gray, and finally a silver plane. The air, which seconds ago had carried nothing but the muffled tones of a gentle summer breeze is filled with the raucous sound of four steel giants, itching to fly.

The quartet spent roughly a half-hour soaring above the Iowa City Municipal Airport on a late August morning. Between 1,500 and 2,000 feet above the ground, they passed over in diamond, V and echelon formations. But the distance betrayed reality. And what from the ground appeared to be a leisurely flight for four pilots was in fact a calculated, intense exercise in precision.

For video and the complete story by Max Freund of The (Cedar Rapids, Iowa) Gazette, click here.