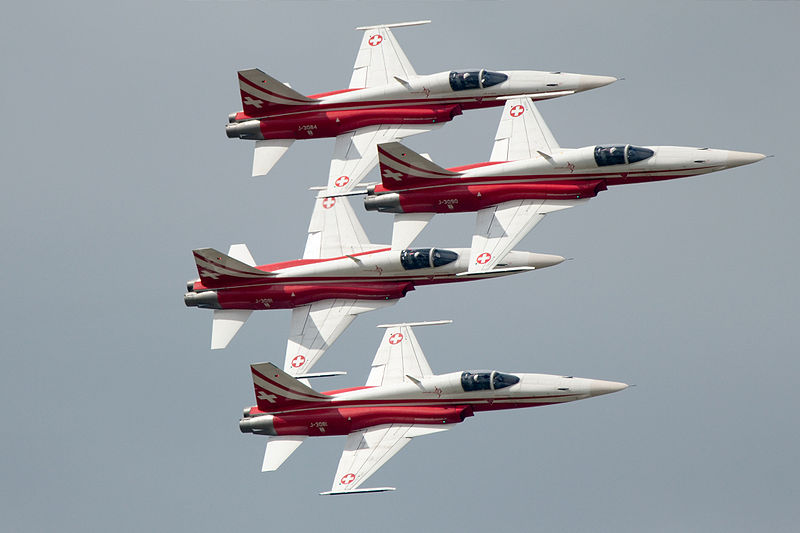 The Swiss Air Force has ensured the Red Arrows won’t be the only aerobatic display team celebrating an aviation landmark at this summer’s Royal International Air Tattoo at RAF Fairford on July 11-13.

It has announced plans to send their aerobatic display team, the Patrouille Suisse, in their 50th anniversary year, along with a Boeing F-18 Hornet and Eurocopter AS332 Super Puma helicopter to take part in the Air Tattoo’s flying display. Air Tattoo organizers said that official celebrations marking the 50th display season of the Red Arrows would also include the Patrouille Suisse in order that their anniversary was also recognized.

Formed in 1964, the team fly six Northrop F-5E Tiger IIs painted in a bright colour scheme that incorporates the red and white of the Swiss national flag. The pilots, who are all volunteers from various frontline squadrons, are famed worldwide for performing precise formations at high speed.