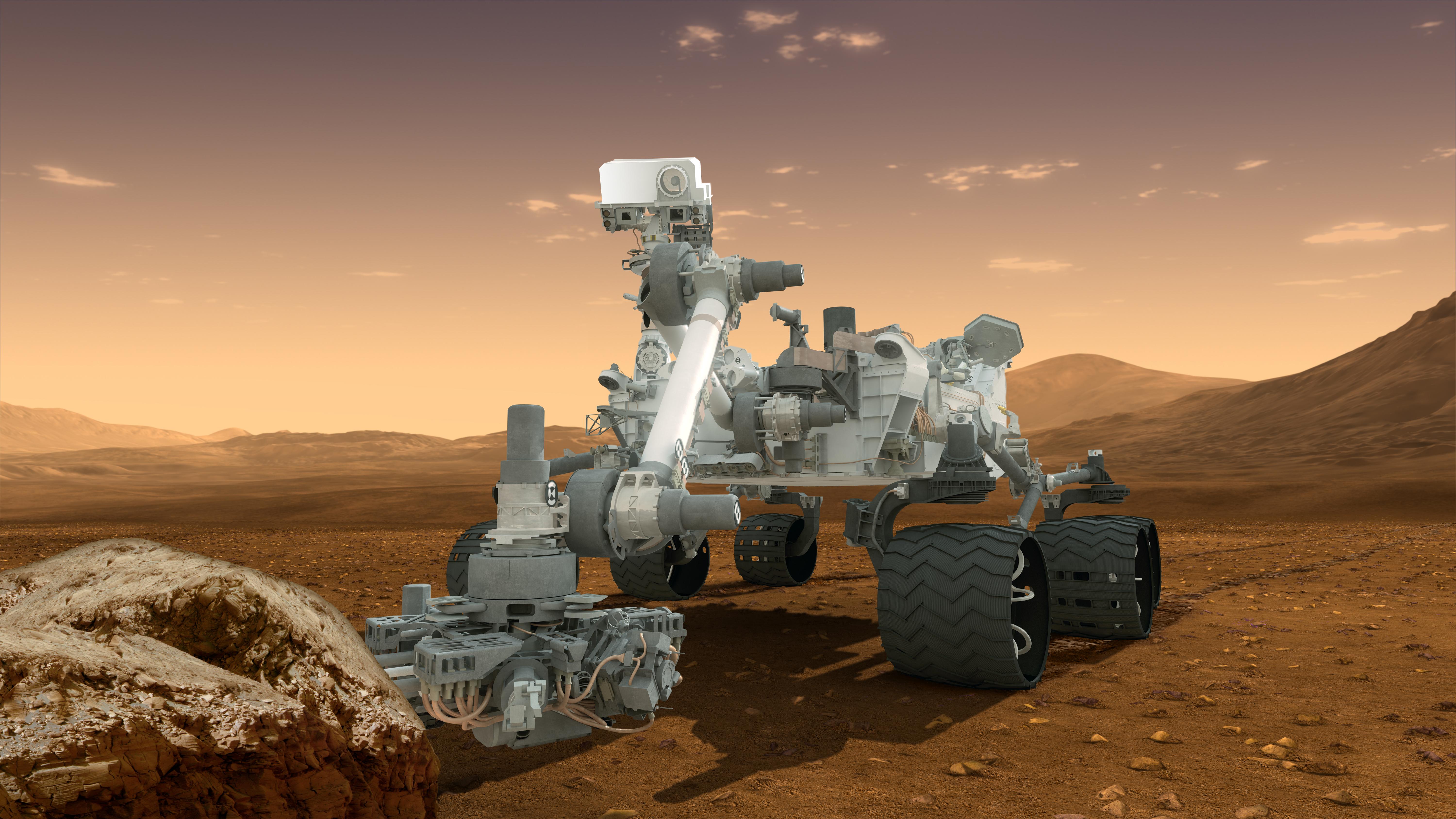 Launched from Space Launch Complex 41 on Cape Canaveral Air Force Station atop a United Launch Alliance Atlas V-541 heavy lift rocket, the NASA Curiosity rover is now safely motoring across Mars within a very large crater named Gale that is 96 miles in diameter. The Curiosity rover touched down on Mars at 10:31 p.m. PDT on August 5 within an area of Gale with an ellipse of about 12 miles in length and 4 miles in width. Once safely down on the surface of the still very mysterious red planet, the NASA Mars Science Laboratory mission began. Over time, the rover will drive to science destinations like Mount Sharp outside of its landing ellipse that rises about 3.4 mi above the crater floor.

The Curiosity rover is about the size of a small SUV and it weighs 2,000 pounds. It measures 10 feet long, 9 feet wide, and 7 feet high; arm reach is about 7 feet. It features an on-board geology laboratory, rock-vaporizing laser, rocker-bogie suspension, and numerous high- resolution cameras. Its primary mission is to search areas of Mars for past or present conditions favorable for life, and conditions capable of preserving a record of life. The prime mission is scheduled to last one Mars year or about 23 Earth months. But given the amazing duration of the Mars rovers Opportunity and Spirit, Curiosity might roam across Mars for many more years than planned. This remains to be seen.

To make its successful landing, the rover went through a number of unique maneuvers: 1) Guided entry: The spacecraft was controlled by small rockets during descent through the Martian atmosphere; 2) Parachute descent: The Mars Science Laboratory was slowed by a large parachute; 3) Powered descent: Rockets controlled the spacecraft’s descent until the rover separated from its final delivery system or the sky crane; and 4) Sky crane touchdown: The sky crane system lowered the rover to a soft wheels down landing on the surface of Mars.—Steve Pace