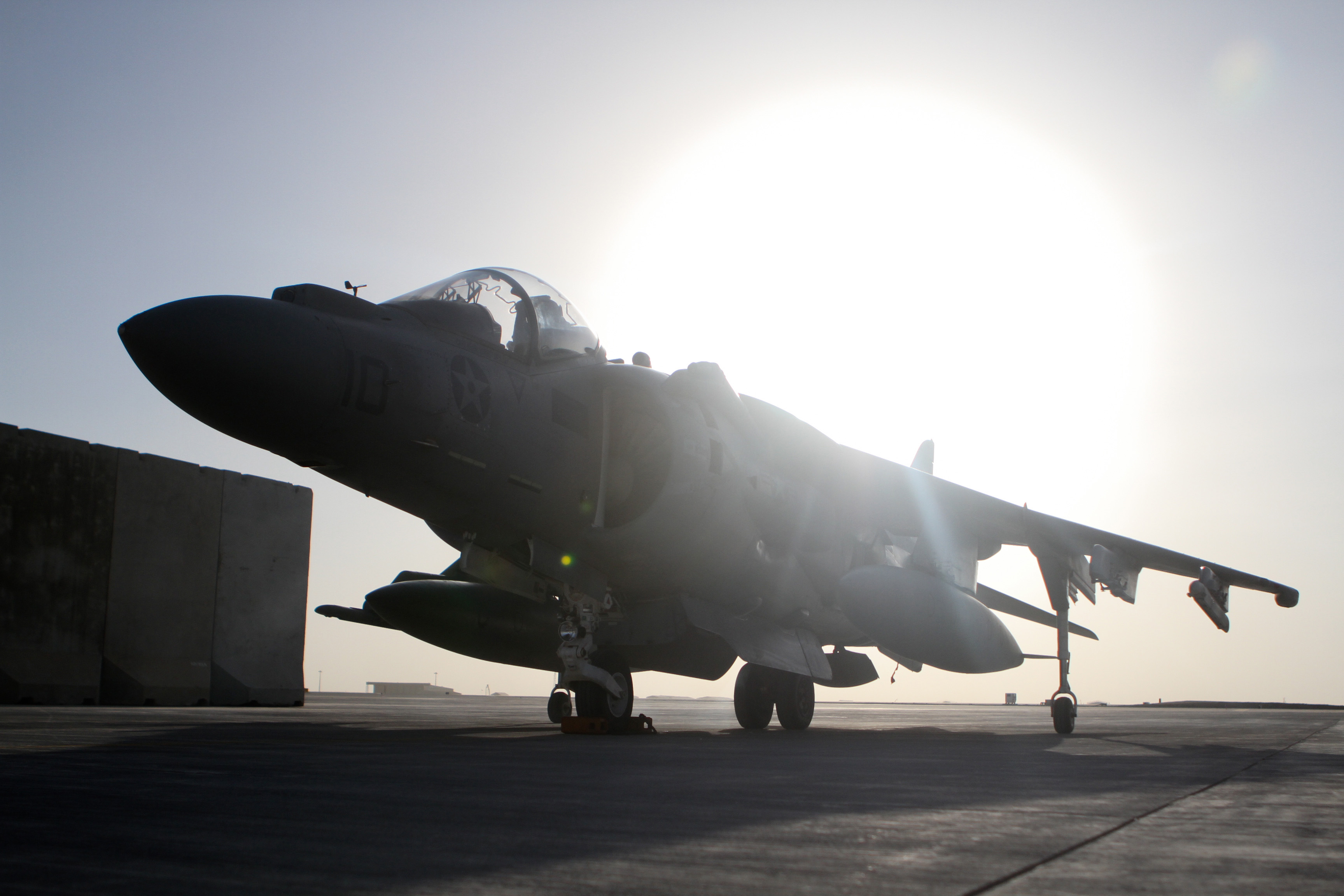 If a picture truly is worth a 1,00o words, then this image could be worth the lives of countless U.S. Marines in Afghanistan. That’s because the McDonnell Douglas AV-8B Harrier II Plus pictured by Cpl. Timothy Lenzo was one of just two such aircraft that survived a Sept. 14 attack by Taliban insurgents on Camp Bastion. It’s the home of Marine Attack Squadron 211, better known as the VMA-211 Avengers. As if losing six of its 10 Harriers (two more had extensive damage) wasn’t enough, the squadron also lost its commanding officer, Lt. Col. Chris “Otis” Raible, and Sgt. Bradley W. Atwell, an electrical systems technician.

Various reports have called the loss of

An AV-8B Harrier II Plus with Marine Attack Squadron 211, 3rd Marine Aircraft Wing (Forward), awaits its next mission on the tarmac at Camp Bastion, Afghanistan, Sept. 18, 2012. The aircraft provides air support to the ground units throughout Helmand and Nimroz provinces. Despite a roller coaster week for the squadron, VMA-211 remains fully operational and continues to provide support to ground troops throughout Regional Command Southwest’s area of operations.

Read more about the attack from a Marine who had just arrived at Camp Bastion here.