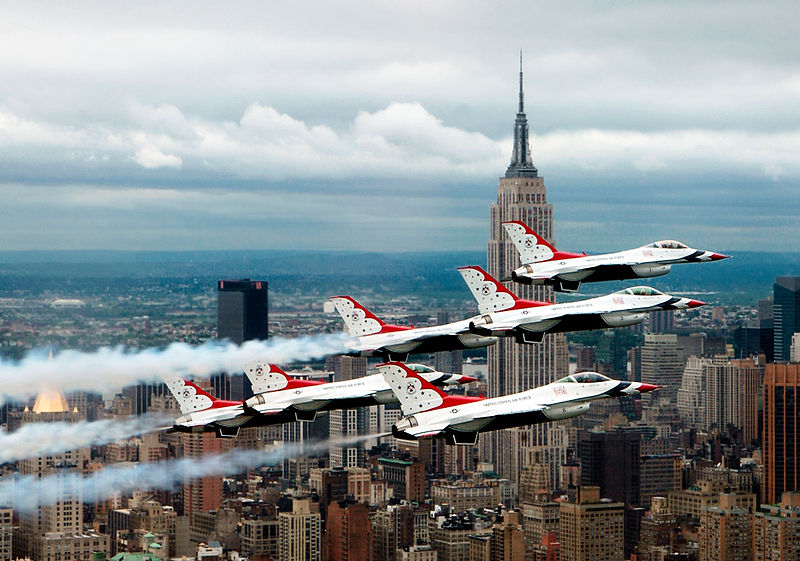 Wave goodbye to the military air show, America’s muscle-flex of aerial might. At least for now. The automatic budget cuts that are expected to furlough federal workers, reduce access to national parks and cut social programs also threaten to ground the nation’s elite flight squadrons: the Navy’s Blue Angels and the Air Force’s Thunderbirds.

Both aerial teams are preparing to fly their final demonstrations March 24 in Florida: the Blue Angels in Key West and the Thunderbirds in Titusville at the TICO Warbird Airshow.

The budget cuts raise an important question: Is it worth keeping these iconic teams in the air when the nation’s soaring debt is forcing drastic cuts in government programs including military readiness? The answer from the armed forces and scores of communities that host the air shows is an emphatic yes.

For the complete story by Ledyard King of Florida Today, click here.