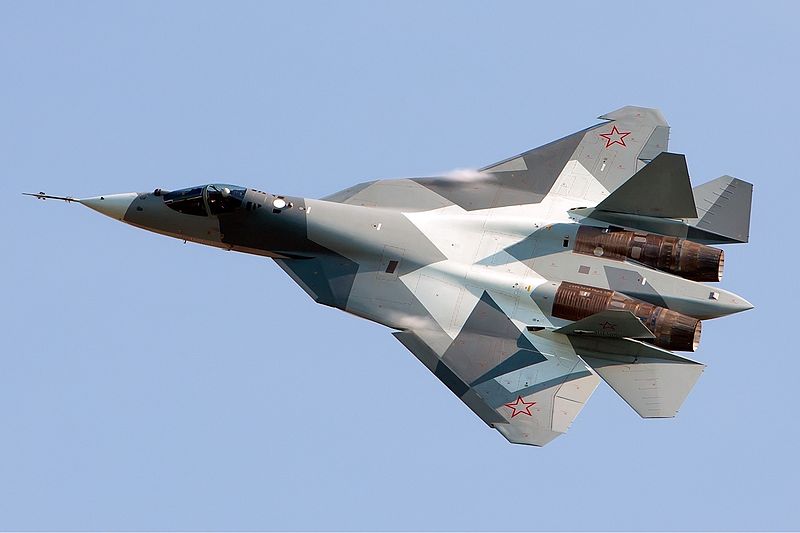 The jets will display dramatic maneuvers, including what is known as the Puchagev Cobra in which a flying airplane suddenly raises its nose to the vertical position and slightly beyond, and then drops it back to level flight attitude, the company said in a statement.

The T-50, the pre-production version of what will become Russia’s first stealthy fighter and somewhat comparable to Lockheed Martin’s F-22 Raptor, is undergoing tests in prototype form and made its first public appearance at MAKS two years ago. The Su-35S, a single-seat, twin-engined plane with thrust-vectoring nozzles, is the latest version of what was originally known as the Su-27M.

RIA Novosti contributed to this story