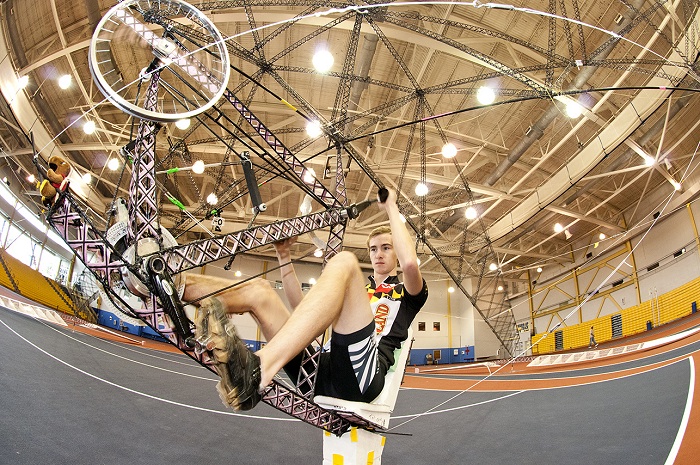 Students at the University of Maryland want to make aviation history by building the world’s first human-powered helicopter.

In 1980, the American Helicopter Society announced an award for the first person to accomplish such a feat. The $250,000 Sikorsky Prize would go to a vehicle that could hover for 60 seconds, not stray beyond a three-meter-square area, and at some point in the flight reach an altitude of three meters.

The prize has gone unclaimed for 33 years, but the student engineers are confident they can bring it home.

What seemed impossible when William Staruk began his doctoral studies at UM three years ago is now within reach. He’s part of a 50-member team developing a flyer called the Gamera II.

For the complete story by Roseanne Skirble of the Voice of America, click here.

Photo by the University of Maryland