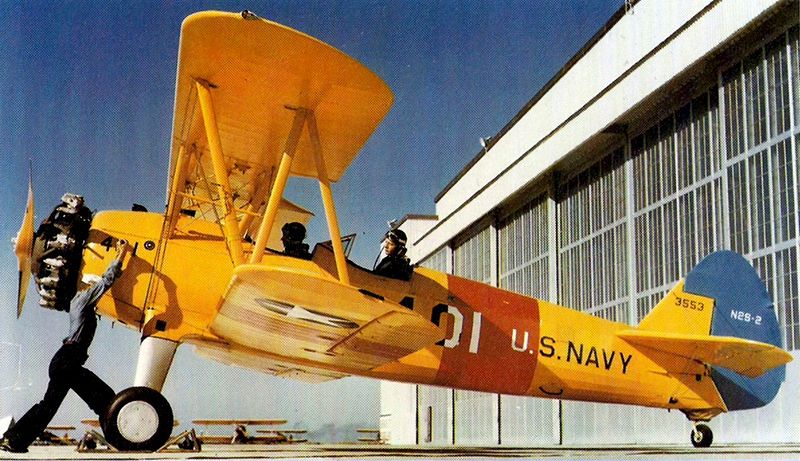 In a hangar at Bryan’s Coulter Airfield in Central Texas sits a 1941 U.S. Navy training aircraft waiting for veterans who learned to fly in the same model plane. Self-described aviation buff Jay Anding, 48, has been offering free flights to World War II aviation veterans since he and his buddies finished restoring the airplane more than 10 years ago.

What started out as a Boeing N2S-1 training aircraft, also known as a Stearman, became a Louisiana crop duster following the war. Then Anding bought it in 1994. “It came home in the back of a pickup truck,” said Anding, project manager at Machine Works Inc. in Bryan. “We changed everything. Every nut and bolt.”

Combining his love for aviation and its history, Anding decided to offer free rides to veterans but found that many were having trouble getting into the two-passenger, 2,400-pound plane. Jack Upham, a 91-year-old World War II and Korean War veteran, has taken many rides in the Stearman and said getting into the plane is tough even for the “young and healthy.”

With the help of Anding’s friend and fellow airplane aficionado, Dave Weber, veterans with limited mobility can still relive their glory days in the sky. “They come to us in walkers, and they think they’ll never fly again,” Weber said.

But with the harness system he helped put together, anyone can get in and out of the Stearman.

For the complete story by Andrea Salazar of The (Bryan-College Station) Eagle, click here.