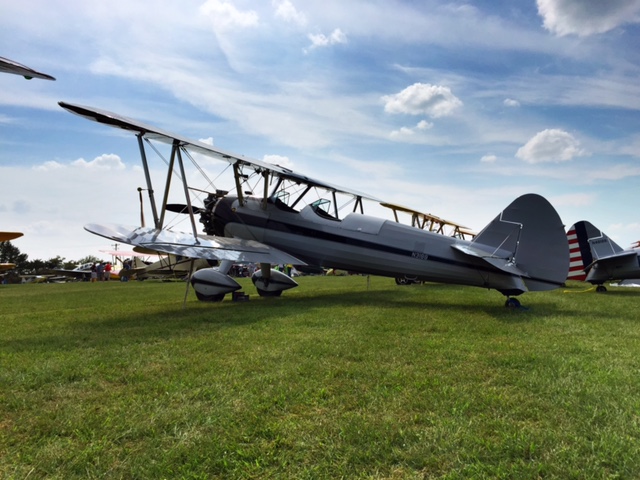 As brightly colored airplanes navigated the skies over Galesburg’s Municipal Airport in Illinois during the 44th National Stearman Fly-in, visitors on the ground were treated to  up-close views of the planes during tram tours along the flight line.

Commander of Illinois AMVETS Post 8 Rich Vannatta volunteered his time to lead several of Monday’s tours, sharing the history of the aircraft. Although Vannatta had never flown a Stearman airplane himself, he said he was enthusiastic about the opportunity to help out with the event when organizers of the fly-in approached him three years ago.

“I was in the Air Force so naturally I love planes,” Vannatta chuckled from the front seat of the tram. Through a combination of Vannatta’s narration and tape recorded information, visitors first became acquainted with the history of Galesburg’s Stearman Fly-In.

For the complete story by Erica Baumgartner of The (Galesburg) Register-Mail, click here.