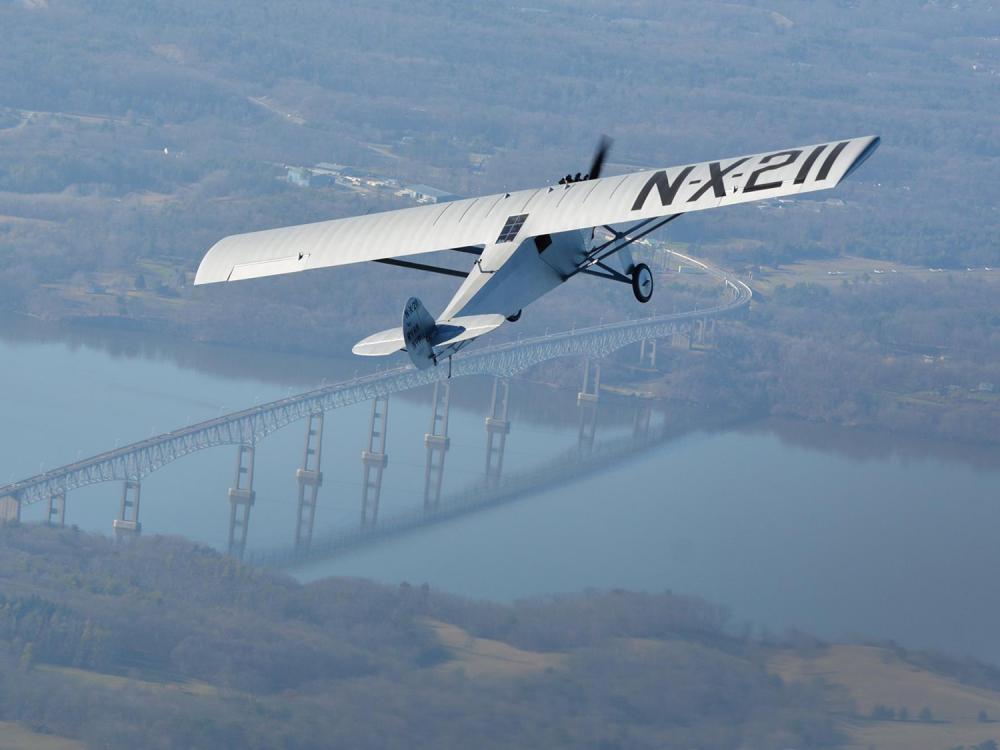 The most accurate reproduction of Charles Lindbergh’s famed “Spirit of St. Louis” ever built made its first test flight on Saturday when Rhinebeck Aerodrome Museum pilot and aircraft restorer-builder Ken Cassens took the replica Ryan NYP into the bright blue skies over upstate New York.

“It was uneventful, which is a good thing, and I was happy with the way it performed,” Cassens said of the flight. “I was pleased with the flight characteristics…nothing unexpected, other than it being nose-heavy. It trimmed out really well. A little bit hard to slow it down, because it’s so clean, and a little heavy on the ailerons, but that’s to be expected. No real surprises. It’s gratifying that it flew and I hope it keeps flying successfully. We have a lot more flight testing to do.

“Builders at the Rhinebeck museum noted that many of the same challenges Lindbergh faced in flying his Ryan NYP exist in the reproduction. The pilot has zero forward visibility because of the placement of its fuel tank. Unlike modern aircraft, the Spirit has no brakes and only a tailskid that digs into the ground to slow it on landing.

For video and the complete story by Stephen Pope of Flying, click here.