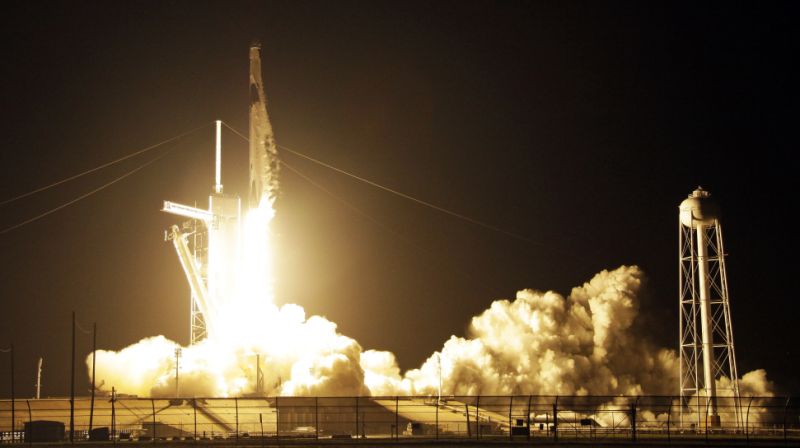 In a historic moment of Elon Musk’s SpaceX, the company’s Crew Dragon craft successfully docked at the International Space Station on Sunday. The unmanned capsule arrived right on schedule just before 6 a.m. (ET) on March 3, 2019, following its early morning launch on Saturday from Cape Canaveral, Florida. NASA broke the news in a tweeted video of the docking, which elicited roaring cheers from those watching. A member of SpaceX’s mission control center called it “unbelievable news.” Crew Dragon is intended to transport astronauts eventually, but for this month’s mission it carried a data-collecting test dummy named Ripley, which will monitor how traveling in the craft may affect humans. It is also bringing 400 pounds equipment and supplies to the station. The craft will spend five days at the station, leaving on Friday, according to a NASA blog post.

The launch also received praise from the White House, as both President Donald Trump and Vice President Mike Pence applauded the achievement.