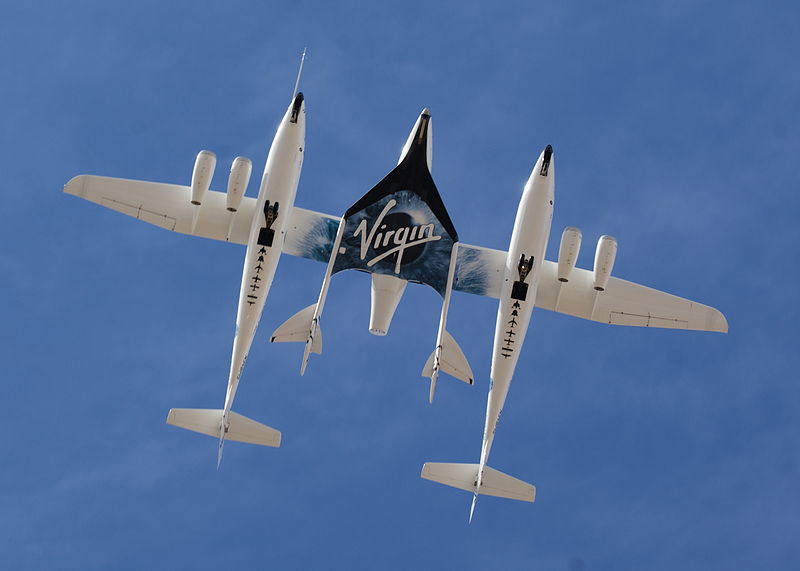 Virgin Galactic’s SpaceShipTwo rocket plane successfully glided through a test on Friday that sent oxidizer flowing through its engine — a sight that led observers to speculate that the suborbital spacecraft’s first powered flight could be imminent.

SpaceShipTwo has been tested in the air for more than three years. Its hybrid rocket engine has undergone extensive development and testing, including multiple test firings on the ground. But the rocket has not yet been lit up in flight — and that’s a crucial step in Virgin Galactic’s plan to put tourists in outer space.

Based on rumblings coming from Mojave, Calif., where Virgin Galactic and Scaled Composites have been testing the six-passenger plane, the first powered test flight could come on April 22. Virgin’s British billionaire founder, Richard Branson, hinted that something big was coming in a weekend blog posting: “I look forward to seeing you all in Mojave soon,” he wrote.

For the complete story by Alan Boyle of NBC News, click here.