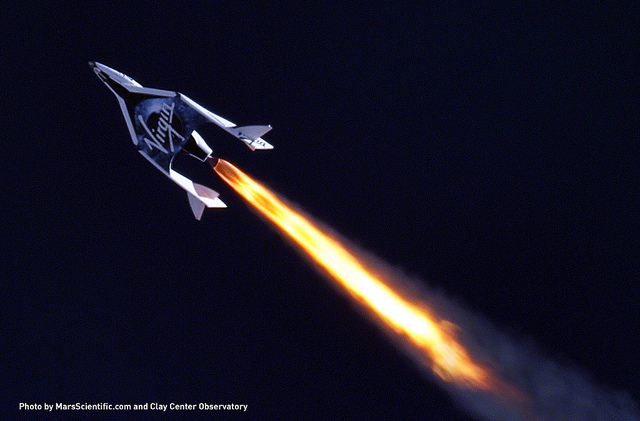 “Today was the most significant day in the program,” Branson told NBC News afterward. “I think that for those people who have been good enough to stick with us for the last eight years, who signed up early on, their time to become astronauts is very soon now. … We’ll soon be able to make their dreams come true.”

Branson wasn’t the only one watching: Rocket aficionados flocked to viewing areas near the airport to see the blastoff. Until Monday, Mojave-based Scaled Composites, which is building and testing the plane for Virgin Galactic’s eventual use, had tested SpaceShipTwo only by dropping it from its WhiteKnightTwo carrier airplane and having its pilots guide the plane back through unpowered glides back to the runway. The engine, powered by a rubber-based solid fuel and nitrous oxide, had been fired only on the ground.

For the complete story and video by Alan Boyle of NBC News, click here.