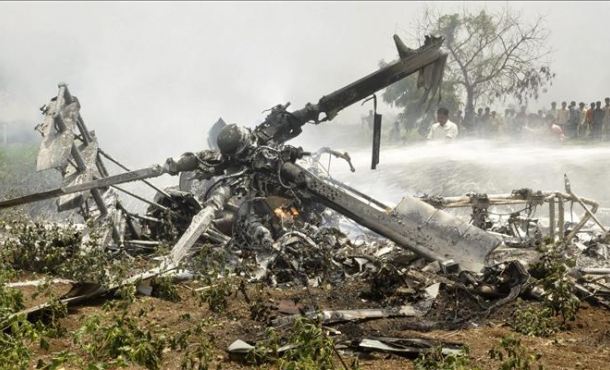 The head of Nicaragua’s air force is among 10 people killed when their helicopter crashed near Lake Managua.

The Nicaraguan army said in a statement Friday that air force Chief of Staff Col. Manuel Lopez was traveling with nine other top air force officials, including the chief of intelligence and counter-intelligence, when their helicopter, a Russian-built Mil Mi-17, went down on Thursday.

Authorities have recovered one body from the crash, which took place in the town of La Paz Centro, about 35 miles west of Managua.