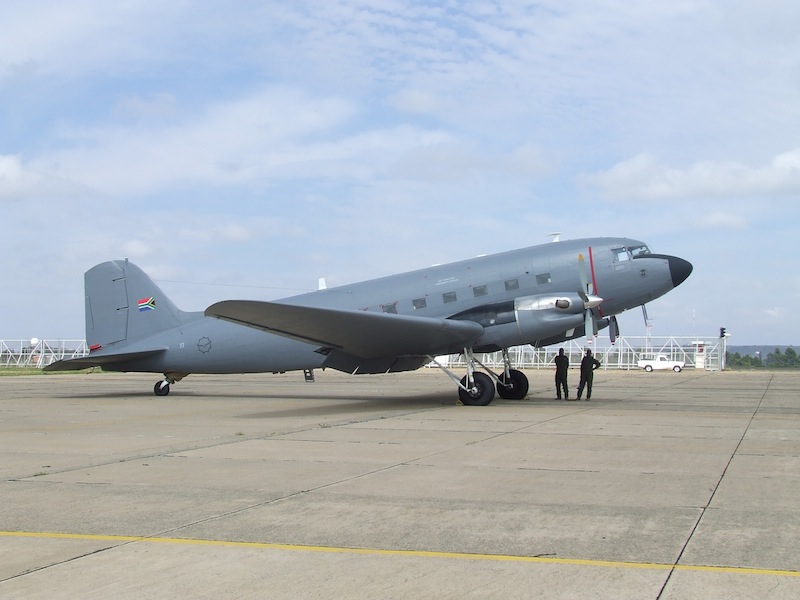 “On board the aircraft was a crew of six and five passengers and it was confirmed that there are no survivors,” the South African Air Force said in a statement. The wreckage of the Douglas C-47TP Turbo Dakota, a twin-engine, World War II-era transport, was found in the Drakensberg mountains, east of Pretoria, after a search and rescue effort was hampered by bad weather.

According to media, the 35 Squadron aircraft was equipped with more modern turbine engines in place of the original’s radial powerplants. It was scheduled to land in Mthatha yesterday after taking off from Air Force Base Waterkloof in Pretoria.

Curiously, the accident comes less than a month after an inexperienced air force captain caused the C-47TP she was flying with 16 soldiers on board to hop twice on landing and fall into a deep ditch next to a runway at the same airport.