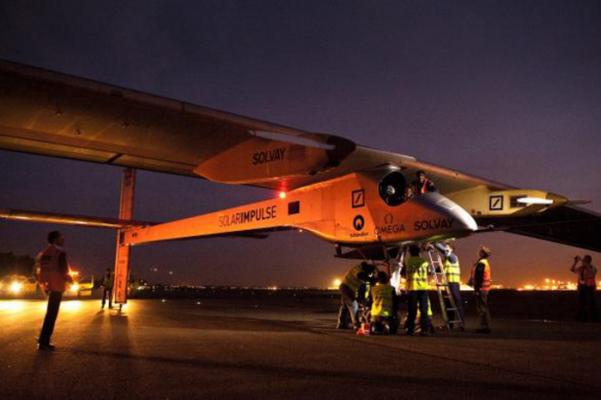 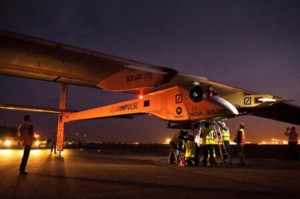 LAUSANNE, Switzerland, April 3 (UPI) — A solar-powered airplane that has already set three world records is being prepared for a two-day flight of more than 1,500 miles, its Swiss developers say.

The builders of the “Solar Impulse” say the flight will be a dress rehearsal for the ultimate goal of flying around the world in 2014.

The team behind the aircraft has spent seven years building the craft with the wingspan of an Airbus A340 airliner that weighs about the same as an average family car, InnovationNewsDaily reported.

Solar cells cover the upper wing to harness the power of sunlight in flight and provide about 10 horsepower to each of the aircraft’s four propellers.

A strong, lightweight structure based on carbon fiber-honeycomb composites has already allowed Solar Impulse to set a new flight-time record as a manned plane powered only by sunlight during a daylong voyage in 2010.

It also set endurance and altitude records during the flight that lasted 26 hours, 10 minutes and 19 seconds.

Two Swiss pilots, Bertrand Piccard and Andre Borschberg, plan to switch off at a technical stopover in Spain during the upcoming flight scheduled for May or June, allowing them to tag-team the 48-hour flight from Switzerland over the Pyrenees Mountains between France and Spain and the Mediterranean Sea so that they can safely land in Morocco.