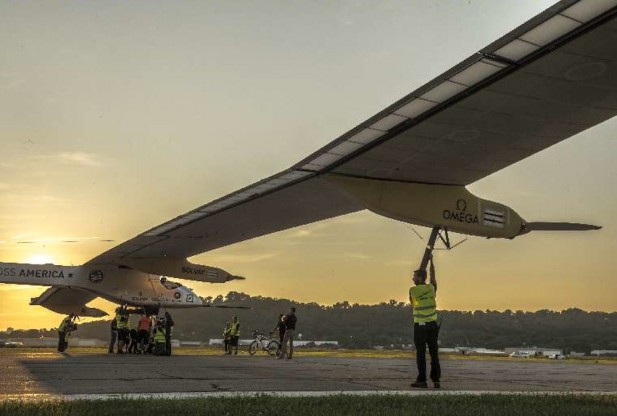 The Solar Impulse team of Bertrand Piccard and Andre Borschberg are now preparing for the final flight of their HB-SIA zero-fuel airplane in the Across America 2013 campaign. Borschberg will take control of the solar-powered airplane for this final leg of the journey from Washington, D.C., to New York.

The ambitious Across America 2013 journey was not only taken on to show off the capabilities of an airplane that can fly both day and night solely on the power of the sun’s energy, but also to inspire governments and the public to take a broader stance on clean technologies. During the Washington layover, U.S. Energy Secretary Ernest Moniz met with the Solar Impulse team. The highlights of the meeting were to emphasize how Solar Impulse aligns with four key Department of Energy priorities: solar energy, energy storage, energy efficiency and advanced materials.

For the complete story by Lawrence LeBlond on redOrbit.com, click here.