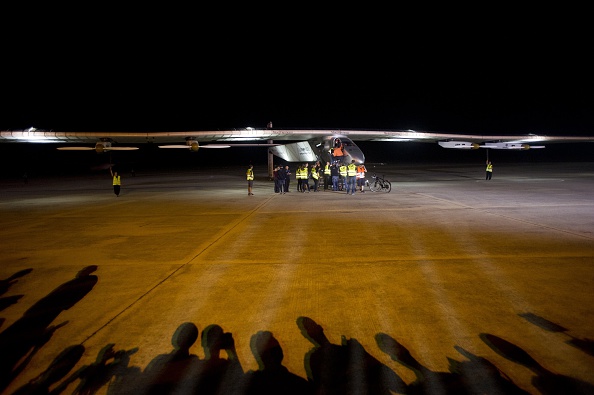 The organizers of the Solar Impulse 2 flight wrote in a statement that the plane landed in Chongqing, China, at 1:35 a.m. Tuesday, after leaving Mandalay, Myanmar, more than 20 hours earlier.

Two Swiss pilots, Bertrand Piccard and Andre Borschberg, are flying the state-of-the-art plane, which is powered by more than 17,000 solar cells on its wings. They are attempting the first ever round-the-world flight by a completely solar-powered plane.