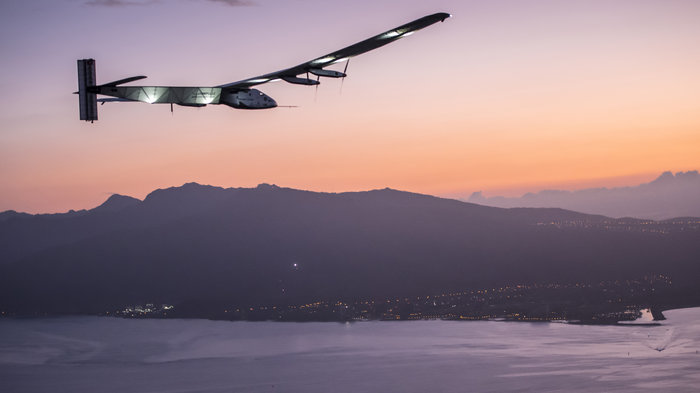 Battery problems on Solar Impulse 2, the airplane that has been flying around the world using only the sun’s power, have grounded the plane until next spring. The lithium-ion batteries overheated on a recent five-day trip from Japan to Hawaii.

“Irreversible damage to certain parts of the batteries will require repairs which will take several months,” organizers said early Wednesday, ending hopes of finishing what would be a record-setting trip by late summer.

The Solar Impulse was nearly halfway through its circumnavigation when its managers announced a problem over the weekend, saying that the “battery temperature increased too much due to over insulation.” The setback comes after the plane’s nearly 118-hour trip from Japan to Hawaii shattered the previous record for the longest duration nonstop solo flight, with pilot André Borschberg (one of the craft’s two alternating pilots) at the controls.

For the complete story by Bill Chappell of NPR, click here.