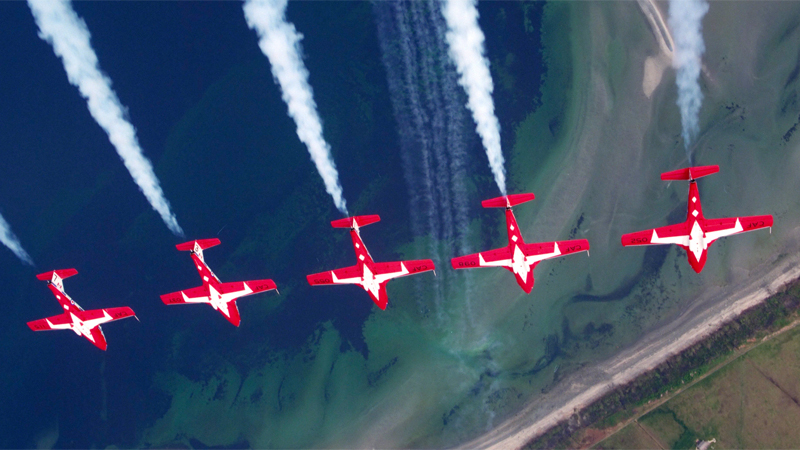 The Royal Canadian Air Force plans to keep the Snowbirds’ Tutor jets flying while it figures out how to train pilots in the future, Canada’s top general says.

Gen. Tom Lawson, chief of the defense staff, said replacing the team’s Canadair CT-114A jets, which were delivered in the mid-1960s as trainers, is tied to how the air force will train pilots in the future.

The Snowbirds operate from 15 Wing Moose Jaw, which is also home to the NATO Flying Training in Canada (NFTC) program. Under it, aerospace giant Bombardier and its contractors manage the base while the air force trains Canadian and foreign pilots there. Contractors’ personnel are responsible for maintenance of the BAE CT-115 Hawk and Beechcraft CT-156 Harvard II trainers used there. But the Snowbirds, formally called 431 (Air Demonstration) Squadron, fly the Tutor, with their own maintenance personnel. Using the Hawk – or another, new trainer for both training and the Snowbirds – would require having air force technicians who could travel with the team.

For the complete story by Will Chabun of The (Regina, Sask.) Leader-Post, click here.