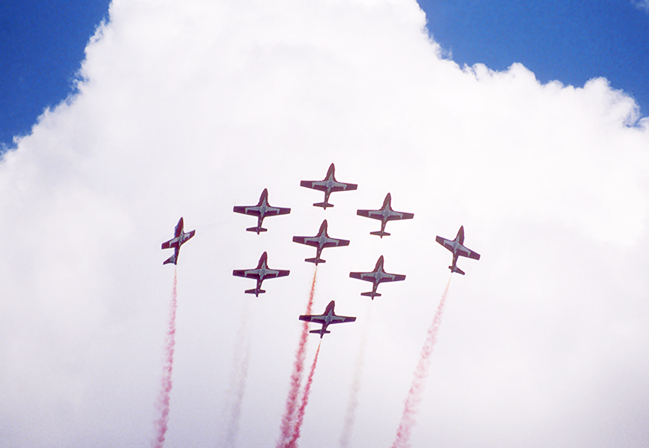 In a surprise announcement recently, the Canadian Forces Snowbirds reversed direction and informed Oregon International Air Show officials that the team will in fact perform at this summer’s event.

The announcement came four weeks after the Snowbirds cancelled all of their 2014 U.S. air show appearances — including their planned performances at Hillsboro’s air show — due to Canadian military budget constraints. The show, scheduled for Sept. 19-21 at the Hillsboro Airport, will include military demonstrations, civilian performers, fireworks, unique ground displays and other family-friendly attractions.

In the wake of the Canadian Forces’ January cancellation announcement, air show officials had been in serious discussions regarding the future of the show and whether it would be possible to move forward without the Snowbirds’ participation.

For the complete story by the Hillsboro Tribune, click here.