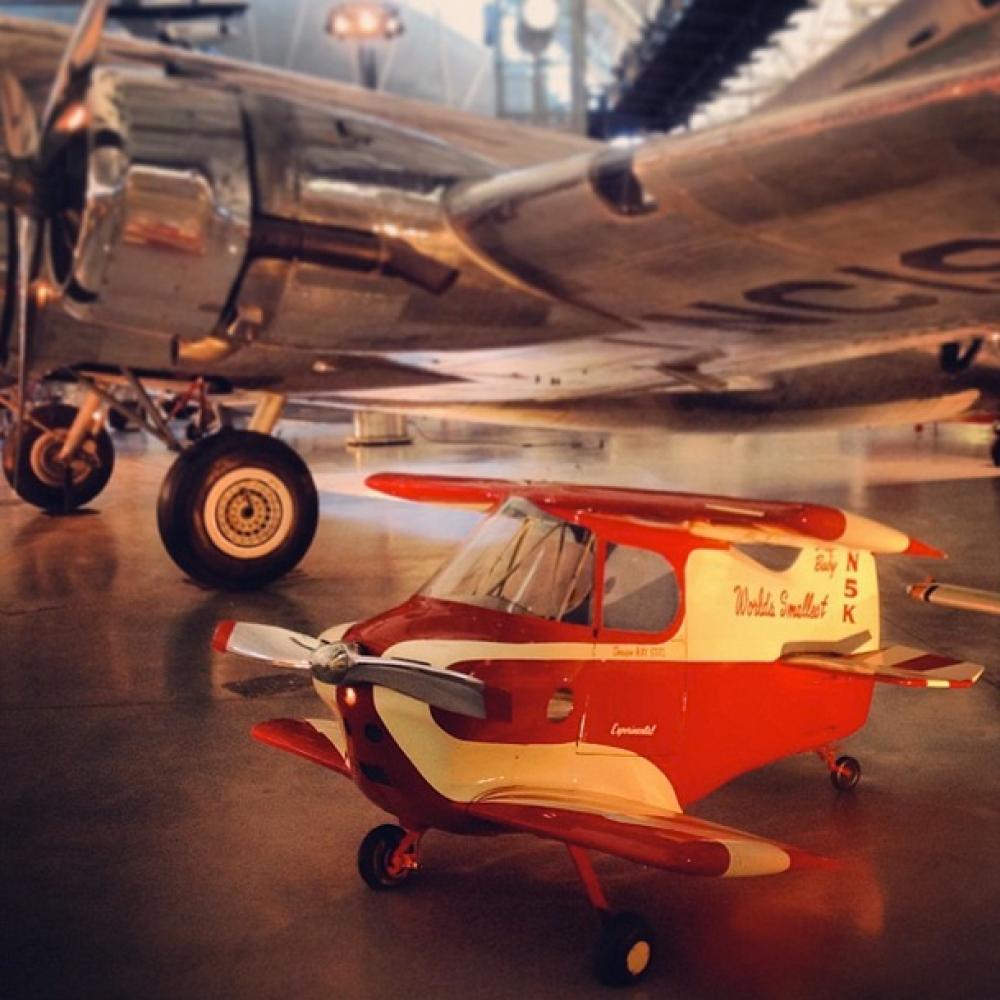 The Smithsonian National Air and Space Museum’s Steven F. Udvar-Hazy Center near Washington Dulles International Airport in Chantilly, Va., recently got an addition to its immense collection in the Boeing Aviation Hangar.

Unlike some of the massive airplanes on display there, such as the Space Shuttle, SR-71 and Concorde, this new member of the Smithsonian family is tiny and looks more huggable than flyable. The Stits SA-2A “Sky Baby” was the first airplane with the claim of being the smallest airplane capable of carrying a human in flight.

The airplane was developed by amateur airplane designer Ray Stits in Riverside, Calif. Measuring 7 feet, 2 inches from wingtip to wingtip and 9 feet, 10 inches from prop to tail, the Sky Baby weighs in at 666 pounds, according to an article by R.P. Boal published in Flying’s November 1952 issue.

For the complete story by Pia Bergqvist of Flying, click here.

Photo by the Smithsonian Institution