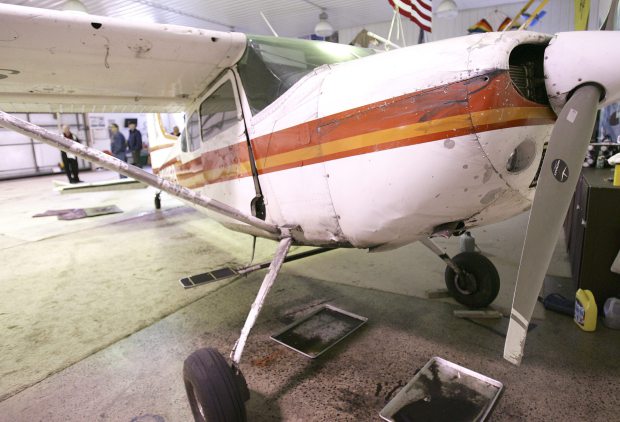 A weekend midair collision over northern Wisconsin sent one small plane careening into the ground while another limped safely back to the runway. Fortunately, both planes were carrying skydivers — meaning that for the 11 people aboard the two aircraft, the collision resulted in nothing more than minor injuries to two of them, firefighters reported.

“It’s definitely a reminder of the danger of the sport that we all love,” Skydive Superior instructor Mike Robinson told CNN affiliate KQDS-TV.

The crash happened Saturday evening over Superior, Wisconsin, near the Minnesota state line. It happened as the two planes were flying close by as the skydivers prepared to jump in formation, Superior Fire Department Battalion Chief Vern Johnson told CNN. Robinson said the lead plane, which crashed, had four skydivers aboard along with its pilot; the trailing plane had five parachutists.

For the complete story by Matt Smith and Joe Sutton of CNN, click here.