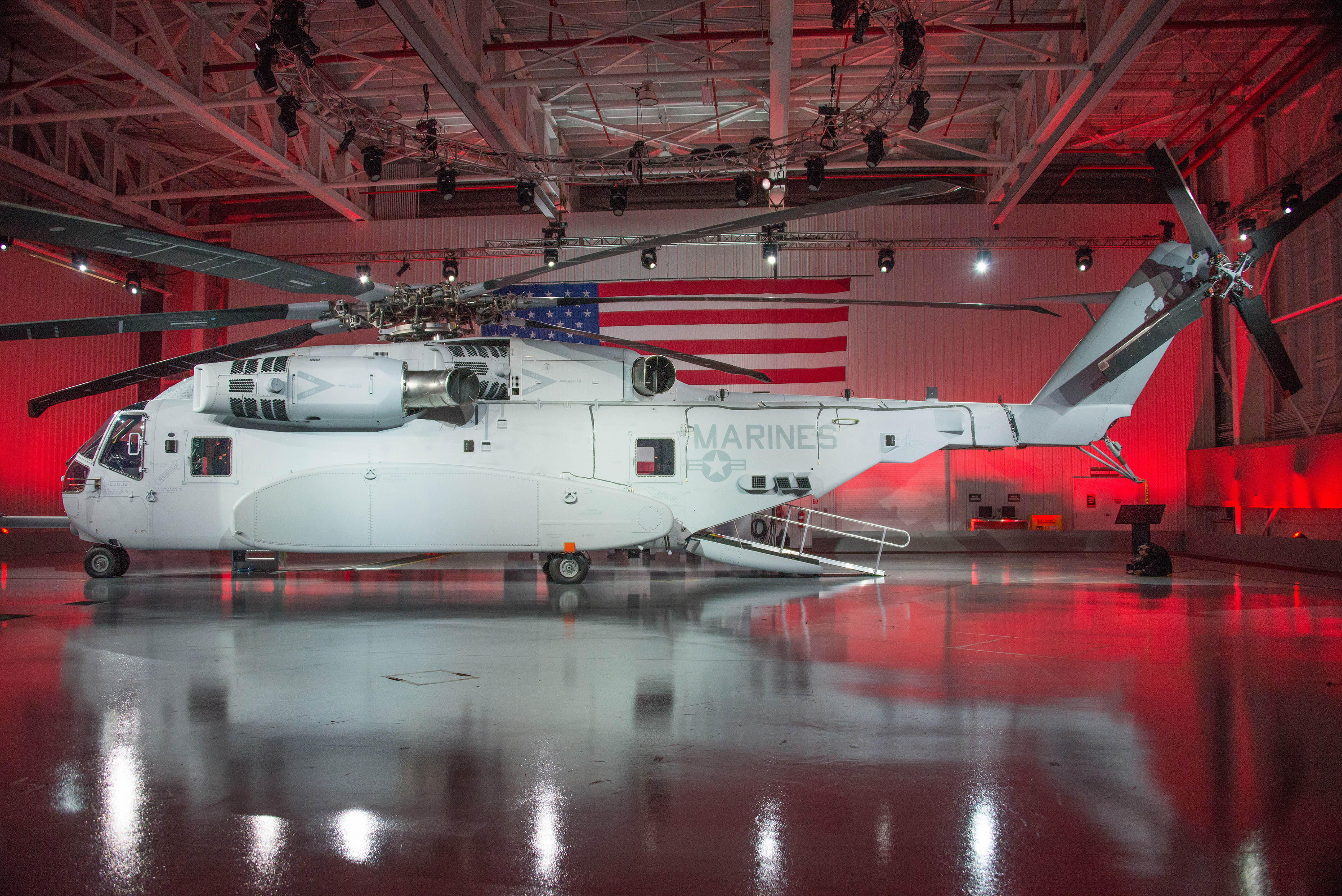 The latest version of Sikorsky’s venerable CH-53 heavy lift helicopter, the next generation K model, was unveiled Monday in a West Palm Beach, Fla., ceremony. The aircraft, which the U.S. Marine Corps expects to begin operational service in 2019, is being dubbed the King Stallion.

“The rollout of the CH-53K helicopter introduces a new era in Marine Corps aviation and is an exciting milestone in our company’s 91 year history,” said Sikorsky President Mick Maurer. “The CH-53K aircraft will effectively triple the external load carrying capacity of the CH-53E aircraft — to more than 27,000 pounds over a mission radius of 110 nautical miles. With its 88,000-pound maximum gross weight, powerful new engines, lightweight composite structure, new rotor blades and fly-by-wire flight controls, the CH-53K will have the means to move troops and equipment from ship to shore, and to higher altitude terrain, more quickly and effectively than ever before.”

For increased lift, Sikorsky developed the largest and most technologically advanced main rotor blade the company has ever produced. At 35 feet span length, and almost three feet chord width, the all-composite blade has 12 percent more surface area than the CH-53E blade.

The CH-53K is one of the first all-digitally designed helicopters. This approach enabled Sikorsky to assemble the aircraft inside a 3D virtual reality lab at its Stratford, Connecticut, headquarters before prototype production began.

“Our ‘build before you build’ approach allowed our engineers to work ‘inside’ the helicopter,” said Maurer, “to verify assembly designs and correct issues long before discovery and expensive rework on the assembly line.”

To ensure smart, affordable logistics support during the life of the aircraft, Sikorsky and the government are applying methodology that will enable the Marine Corps to analyze flight, maintenance and performance data from every aircraft. By identifying trends across the fleet, the Marines are expected to realize significant improvements in aircraft readiness and reduced operational costs compared to the CH-53E fleet.

Per the current program of record, the Marine Corps intends to order 200 CH-53K production aircraft and stand up eight operational squadrons and one training squadron to support the Marine Corps’ operational requirements. Eventual production quantities would be determined year-by-year over the life of the program based on funding allocations set by Congress and the U.S. Department of Defense acquisition priorities.

From a Sikorsky news release