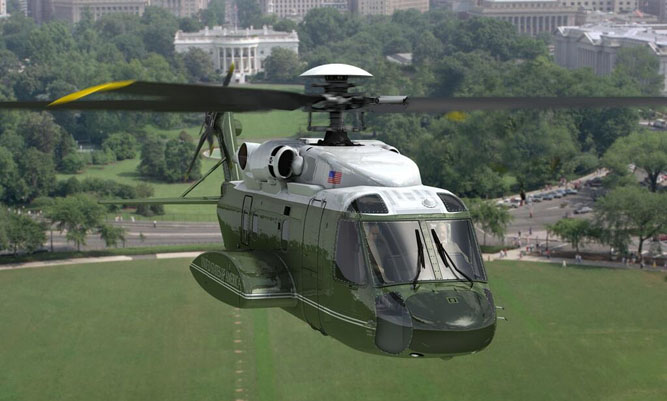 Sikorsky Aircraft, a unit of United Technologies Corp., won an initial $1.24 billion contract to develop and build six new U.S. presidential helicopters, the first step toward a fleet of 21 new aircraft by 2023, the Pentagon announced on Wednesday.

The award capped years of efforts by the U.S. Navy to replace the current fleet of aging Marine One helicopters, also built by Sikorsky, some of which have ferried the president and other top officials since 1974. Sikorsky has built all presidential helicopters since 1957, when Dwight Eisenhower became the first U.S. president to regularly use helicopters.

Former Defense Secretary Robert Gates canceled an earlier program managed by Lockheed Martin in 2009 after the cost more than doubled to around $13 billion, prompting President Barack Obama to describe it “an example of the procurement process gone amok.”