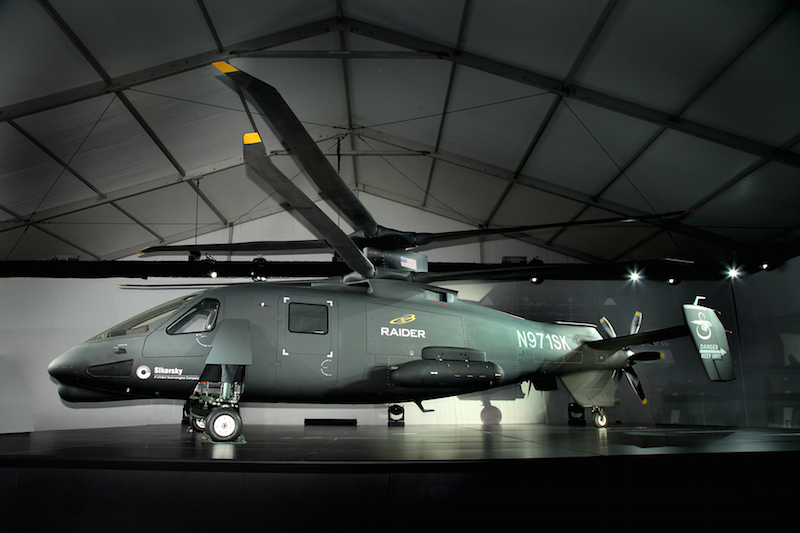 Sikorsky is days away from firing the engines of its S-97 Raider, marking the first time the prototype’s coaxial rigid rotor blades will spin in preparation for first flight.

“We just burned our first fuel” on 28 January, when the auxiliary power unit (APU) was ignited for the first time, Steve Engebretson, Sikorsky’s director of military program marketing, tells Flightglobal. “The systems up to now have been running off ground power, but now we were able to do systems checks off the engine’s APU,” he says.

The APU is a small gas-powered engine that generates an electrical charge that then cranks the engine, in this aircraft a single General Electric GE-T706. Raider uses coaxial rotors for vertical lift and a tail propeller for forward thrust. The combination allows for flight characteristics that are physically impossible for existing rotorcraft designs.

For the complete story by Dan Parsons of Flightglobal.com, click here.