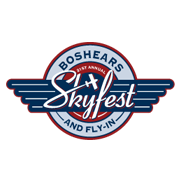 The 21st Annual Boshears SkyFest scheduled for this weekend at Daniel Field in Augusta, Ga., has been postponed to next April due to the government shutdown, event organizers announced Monday.

In order to have an airshow with aerobatic performances, such as dives, loops and barrel rolls, a waiver is required from the Federal Aviation Administration, event spokeswoman Becky Shealy said. At this time, Shealy said the waiver is sitting on a desk inside the FAA’s closed offices.

“Boshears SkyFest was advertised as an airshow and no waiver means no airshow,” Shealy said of the Daniel Field festival which draws 6,000 to 8,000 fans to Augusta annually.

For the complete story by Wesley Brown of The Augusta (Ga.) Chronicle, click here.