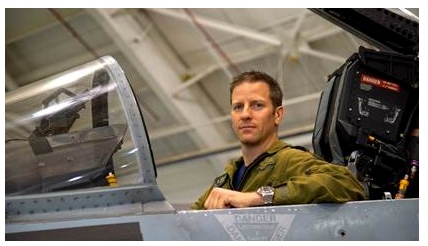 Looking for great aviation history and information? Please keep these episodes of “Survival in the Skies” series on Smithsonian Channel in mind  – this fascinating series tells the stories behind the machines and devices that help us survive in the skies–from parachutes and ejection seats, to jet engines–and how they evolved from humble beginnings to incredible instruments that have changed the world and lifted us to new heights.

Subsequent episodes of SURVIVAL IN THE SKIES are:
“PARACHUTES”
Premieres Tuesday, December 5 at 9 PM ET/PT
Parachutes have saved more than 100,000 lives since their invention, and using one is now safer than driving a car. But the development of this life-saver required huge leaps of faith by pioneering engineers and courageous test jumpers who risked their lives for innovation. Discover the untold story of parachutes, from the early test-jumps from WWI biplanes to the massive chutes that land vehicles on Mars.

“SURVIVAL IN THE SKIES: EJECTION SEATS”
Premieres Tuesday, December 12 at 9 PM ET/PT
CLIP: Footage of the First Martin-Baker Ejection Seat Test: https://youtu.be/DRV29sZ86RM
The origins of the ejection seat began over a century ago and in that time, they have saved over 10,000 lives. But as new technology continues to push the limits of aviation, engineers are constantly tasked to find better ways to propel pilots to safety when disaster strikes. Witness the evolution of the ejection seat, from humble beginnings into one of the world’s most sophisticated survival machines. It’s a story told through rarely seen archival footage and accounts from those who designed the seats and those who owe their lives to them.

“SURVIVAL IN THE SKIES: THE JET RACE”
Premieres Tuesday, December 19 at 9 PM ET/PT
CLIP: Inventing the Jet Engine Came with Few Disasters: https://youtu.be/LZglVV36bJU
In just a few decades, the jet engine has advanced warfare, transformed the way people travel and do business, and may soon change the way we explore space. Join us as we track its history, from the first crude attempts to build a prototype gas turbine engine to the Pratt and Whitney J58, which can outrun a missile. It’s a story of ingenuity, bravery, and dogged determination, told by those who invented it, those who push it to new limits, and those who dream of taking it to the max.

SURVIVAL IN THE SKIES is produced by Christopher Riley of Arrow International Media Ltd. Executive producers for Smithsonian Channel are Tim Evans and David Royle.

Smithsonian Channel, owned by Smithsonian Networks™, a joint venture between Showtime Networks Inc. and the Smithsonian Institution, is where curiosity lives, inspiration strikes and wonders never cease. This is the place for awe-inspiring stories, powerful documentaries and amazing entertainment across multiple platforms. Smithsonian Channel combines the storytelling prowess of SHOWTIME® with the unmatched resources and rich traditions of the Smithsonian, to create award-winning programming that shines new light on popular genres such as air and space, history, science, nature, and pop culture. Among the network’s offerings are series including Aerial America, America in Color, First Ladies Revealed, Polar Bear Town, The Lost Tapes, Amazing Monkeys, America’s Secret Space Heroes, Mighty Ships, Mighty Planes and Air Disasters, as well as critically-acclaimed specials that include Titanic’s Fatal Fire, The Obama Years: The Power of Words, Nightmare on Everest, Diana and the Paparazzi, Diana: The Day We Said Goodbye and Flying High with Phil Keoghan. Smithsonian Networks also operates Smithsonian Earth(TM), through SN Digital LLC., a new subscription video streaming service delivering spectacular original nature and wildlife content. To learn more, go to www.smithsonianchannel.com, or connect with us on Facebook, Twitter, and Instagram.

EXPERTS FEATURED IN “SURVIVAL IN THE SKIES